Reese Witherspoon's lookalike daughter was mistaken for Reese at a premiere

Every time Ava Phillippe turns up on a red carpet with her mom, Reese Witherspoon, the resemblance is a little more intense. "People come up to her [all the time]," Reese said of her 17-year-old daughter, whose dad is Ryan Phillippe, at the Los Angeles premiere for HBO's Little Big Lies this week. Reese continued: "We were at a premiere and they were congratulating her on her performance. She's like, 'I'm not in the movie.'" Nor does she want to be. Speaking to E! News, the actress said Ava has no plans to pursue an acting career, adding that she's "very supportive and I love that she's here to help me." Reese also said she had another support system in place while shooting "Little Big Lies" in her costars, Laura Dern, Nicole Kidman, Zoë Kravitz and Shailene Woodley, all of whom talked about their personal lives "what's going on with our kids, single girls and who they're dating" when they weren't busy working. "We just became a really close-knit family, even with the kids, too — hanging out with them and playing with them," Reese said. "You get deeply invested in people. I think that's part of the experience of getting to know people. What deepens our relationships on set, even more than a rehearsal, is the glass of wine you have after work. 'What's on in your life? How's your mom? How's your heart?' That kind of stuff."

What's Tamron Hall's next move after "Today"? Discovery exec Henry Schleiff apparently thinks she should consider going for a seat alongside Kelly Ripa on "Live With Kelly." According to Page Six, Tamron and Henry recently got together for lunch at Michael's in New York, where they discussed her possible options now that she's left "Today." "He was encouraging her to join Kelly," an onlooker told the tab. "He said, 'Throw your hat in the ring! Lighten things up.'" Tamron reportedly left "Today" because of the change in lineup the network created by hiring Megyn Kelly. Tamron was the first African-American woman to co-anchor "Today" when she landed that role in 2014.

"Moonlight" star Naomie Harris covers the new issue of New York magazine, where she opens up about her chances of winning Best Actress in a Supporting Role ("It's not going to happen. It's Viola [Davis]'s year, you know?" she says) and the buzz around this year's more diverse group of nominees. "I know that everyone thinks this year is a response to that whole campaign, when, in fact, these films were in production or preproduction for years before all of this," she says in reference to the #OscarsSoWhite hashtag that surfaced after multiple years of major homogeneity among nominees. "So they aren't actually a response to that whole argument. So I don't like the way that they're used as a response to that. And people are saying, you know, 'Isn't it amazing in a year how things have changed as a result of that campaign?'" That's not the only chatter that's frustrated her this awards season. Tom Hiddleston's Golden Globes acceptance speech centered around how aid workers in the Sudan binge-watched "The Night Manager" and lots of folks expressed their distaste with the self-congratulatory nature of his story. Naomie thinks the negative feedback was too heavy-handed. "I really sympathize with Tom because I think it's so easy, under the pressure of those moments … to find yourself going down the path of telling a story and as you're telling it, think, 'This is not what I want to say, it's not how I mean it to go,'" she said. "… But you're kind of trapped on that train and you can't stop … And then ridiculing a person for that … I just think it's so mean!"

Naomie Harris isn't the only celeb defending a peer against unfair criticism from the public this week. In an interview with Howard Stern on Monday, Feb. 6, Lena Dunham weighed in on the seemingly endless public chatter about Taylor Swift's relationships with actors and musicians including Tom Hiddleston, Calvin Harris, Harry Styles and Jake Gyllenhaal. "I think that young woman … it's so hard. I think about the relationships that I had in my early twenties and if they had been public, it would've been a disaster," Lena said, according to Us Weekly. "And also, I mean, not to repeat age-old feminist points, but it's like, you know, any male actor her age who's going out and dating is applauded, and to just have a perfectly normal amount of romantic partners but be held to impossibly high standards by the press, like, it's just an unfair and unwinnable game."

Hair trends are fun — until you end up with basically the same hair as your pals. That's what happened to Olivia Wilde this week, although the newly platinum bob-bedecked star took the situation in stride. Sharing a photo of herself with Kate Mara from an event for Tiffany HardWear, Olivia wrote, "When you roll up to the party with your new look and it turns out you just single white femaled your friend you haven't seen in a year. 😂 ," adding, "So fun checking out the new#TiffanyHardWear collection tonight. Thanks for having us @tiffanyandco!#TiffanyPartner #iloveyoukatemara." Kate, who called Olivia her "hair twin" on Twitter, didn't seem to mind — and told Olivia she has "permission to #singlewhitefemale me anytime."

Meghan Markle is becoming a style icon for jewelry fans

Prince Harry's girlfriend Meghan Markle is following in Duchess Kate's unintentional footsteps as a fashion plate for fans of the royal family. The Daily Mail reports that like Kate before her, Meghan's style choices are starting to overwhelm websites and sell out stores as shoppers hurry to grab accessories like the affordable Missoma "stacking rings" she was recently photographed wearing. According to the Mail, the brand's website got a 5,000-visitor boost "within hours" of when photos surfaced. A similar "Meg effect" took place after the "Suits" actress was seen wearing a Maya Brenner 14K Gold Asymmetrical Initial Necklace with the letters "H" and "M" on it — for Harry and Meghan. Maya Brenner's website reportedly crashed after a photo of Meghan wearing the necklace showed up online.

Lady Gaga said little to nothing about the Spongebob Squarepants memes and Pink comparisons that followed her Super Bowl Halftime Show performance. Talk about her figure was a different story. In a social media post this week, Gaga declared she's proud of her body, then opened the sentiment up to encourage fans to adopt the same outlook. "I heard my body is a topic of conversation so I wanted to say, I'm proud of my body and you should be proud of yours too," she wrote. "No matter who you are or what you do. I could give you a million reasons why you don't need to cater to anyone or anything to succeed. Be you, and be relentlessly you. That's the stuff of champions. thank you so much everyone for supporting me. I love you guys. Xoxo, gaga."

Tyga is being sued again

Even the act of being served with legal documents can get Tyga sued (again). TMZ reports a new lawsuit was filed against Kylie Jenner's main squeeze by a man who claims he was "grabbed, yanked, pulled and choked" by someone in Tyga's crew when he was trying to give the rapper some legal papers. Tyga was heading into The Penthouse nightclub in Hoilywood when the incident allegedly took place.

Is Mariah Carey's new romance with Bryan Tanaka costing her show big bucks? Not so much. A new report from Radar claims Bryan wants a raise of $15,000 to $25,000 per episode for his work on "Mariah's World," which the site claims he initially signed on to in exchange for "free publicity and a career boost." Mimi's manager assures GossipCop there's no truth to the story and points out there are no plans for a second season anyway. 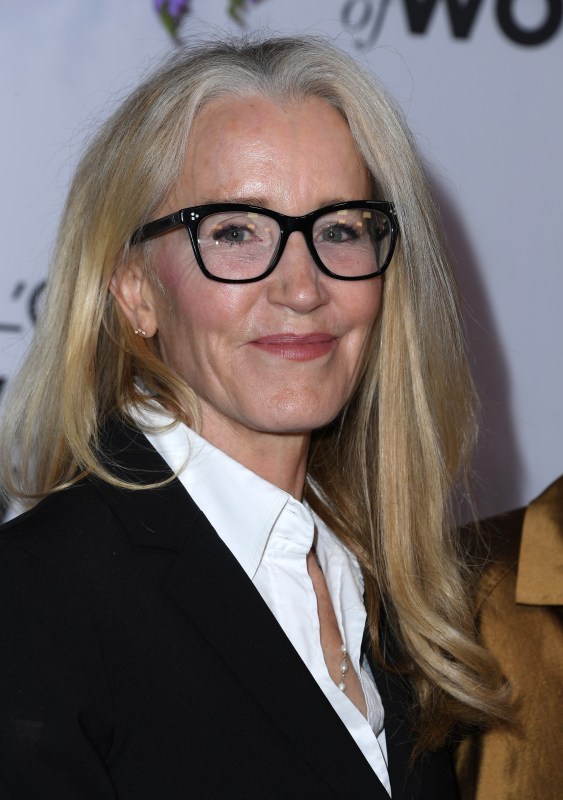