A report claiming that Matt Damon acts as Ben Affleck's "life coach" and advises him before every decision he makes is entirely untrue. Gossip Cop can exclusively debunk the ridiculous premise. A rep for Affleck dismisses it as nonsense. 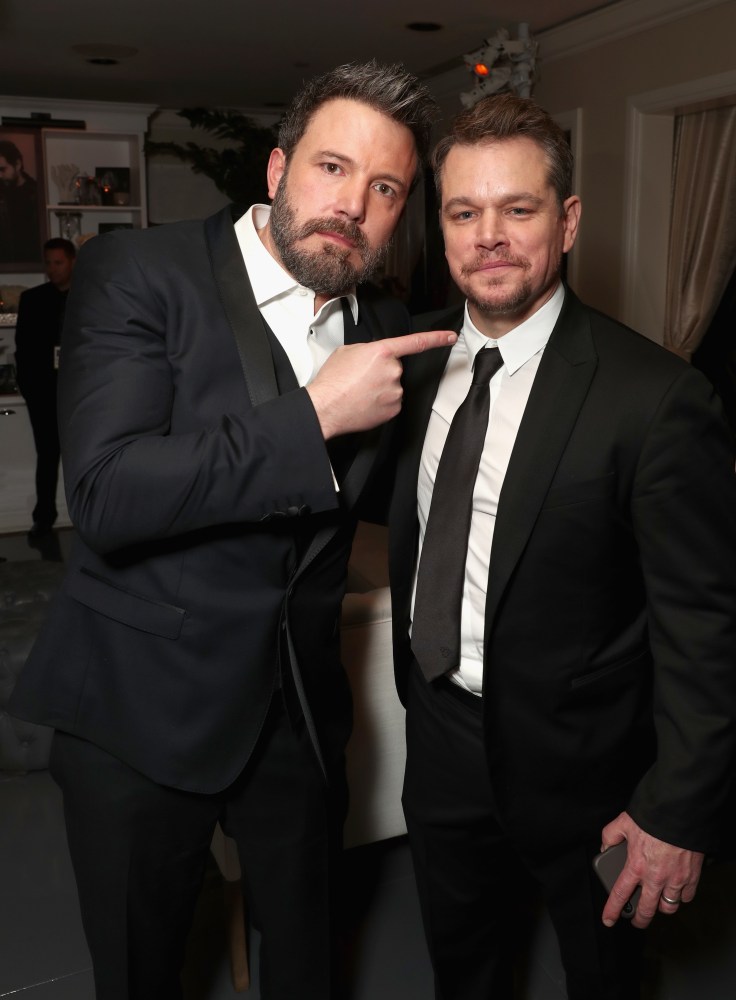 An alleged insider tells RadarOnline, "Ben doesn't make a move without getting feedback from Matt. He has the self-confidence and thick skin that Ben always lacked." The outlet's supposed source says Damon encouraged his friend to start dating "Saturday Night Live" producer Lindsay Shookus, "and he's coaching him on how to stay off the booze and spruce up his image with more fashionable clothes."

The questionable tipster further contends that Damon told his friend to stop "looking like a mechanic with his dirty T-shirts and jeans," and also "approved" Affleck's massive, colorful back tattoo before he got it inked. These claims are provably untrue.

Earlier this month, Affleck was spotted wearing a T-shirt and gym shorts while walking around a shopping mall in Puerto Rico. The actor clearly enjoys dressing comfortably and casually and hasn't felt the need to "spruce up his image" with fancy clothing. Meanwhile, Damon reacted to Affleck's back tattoo during an interview on "The Daily Show" earlier this year. "It's not one man's job to tell another man what he can do to his back," Damon told Trevor Noah when asked about his friend's ink.

Additionally, the blog's article is based on claims from an anonymous and seemingly imaginary "source," but Gossip Cop checked in with Affleck's spokesperson, who tells us on the record that it's completely fabricated. Affleck has been close friends with Damon for decades and the two are supportive of each other, but the idea that the actor can't make a move without his friend's permission is simply false.

It should be mentioned, RadarOnline can't keep its stories straight when it comes to the dynamic between the longtime pals. Just a few months ago, Gossip Cop busted the blog for wrongly reporting that Damon had "banned" Affleck from his life. How exactly did Damon go from dumping his friend to becoming his "life coach" in a matter of months?

Meanwhile, the website's sister publication, the National Enquirer, made up a story this year about Damon replacing Affleck with Chris Hemsworth as his new best friend. This latest article fails to explain how Damon went from disassociating with his Affleck to becoming his closest adviser. The answer is that all of these storylines are fictional.

Kylie Jenner, Travis Scott did NOT "break up," despite claim