Is Meghan Markle buying a home in Malibu even though she's now living in the UK? That's the premise of a tabloid story. But Gossip Cop can bust it, just as we did other recent untrue rumors about Markle and Prince Harry moving to California. 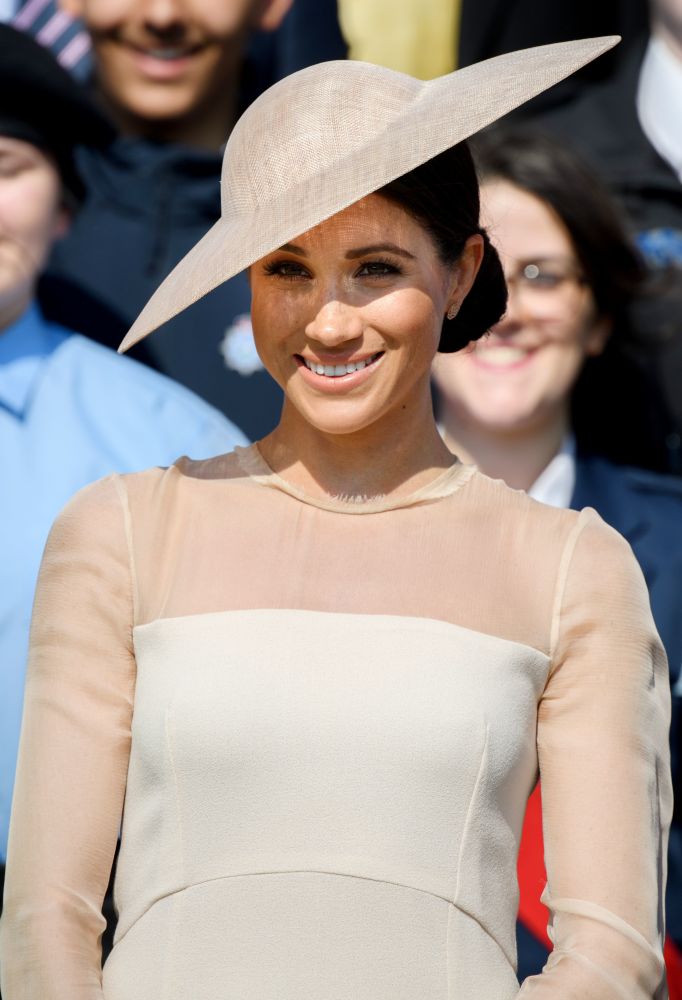 Now Grazia is offering its own version of this baseless narrative. According to the tabloid, Markle "still holds a special place in her heart for her native state of California and has been house-hunting for a Malibu-based property for herself and Prince Harry." Interestingly, this is a slight departure from the previous two tales, which contended it was Prince Harry who was searching for a residence for his new bride. But here, the initiative is put on Markle.

"It seems Meghan doesn't want to cut all ties with where she grew up," a so-called "Hollywood source" is quoted as saying. The magazine's supposed snitch continues, "She's still super-close to her mother, Doria, who lives in L.A., and she has many friends there still, so it makes sense that she's been investigating buying property there." It "makes sense" Markle would buy property roughly 60 to 90 minutes, pending traffic, outside of Los Angeles? Hardly.

To add credence to its article, the outlet notes, "Indeed, a number of U.S. publications last month reported the couple were interested in purchasing property in Malibu." Of course, what the tabloid doesn't mention is that those stories were debunked. And though the alleged tipster contends "there's a lot of talk in Malibu real-estate circles about which house the royal couple will purchase," no reputable realty-focused publication has reported anything about the newlyweds putting down roots in the United States at all.

That's even more significant considering royal residences tend to get a lot of media coverage. For example, last month it was widely reported that Prince Harry and Markle are renting a new home in Cotswold for weekends in the UK countryside. They primarily live in Nottingham Cottage at Kensington Palace in London, and it's likely Queen Elizabeth will also gift the pair one of her residences at Sandringham, just as she did for Kate Middleton and Prince William.

But nothing legitimate has been said about a home in California. And, as Gossip Cop has already pointed out in our prior busts, in Markle's quest to become a UK citizen, she has to meet a residency requirement, which stipulates she cannot spend more than 270 days outside of the region in the three years prior to her application. Given that Markle will already have to travel internationally for her royal duties, it's implausible to claim she will further spend time away by living in Malibu.

To recap, there have been a series of false stories about Markle and Prince Harry residing in Malibu. In a telltale sign that this newest one shouldn't be trusted, Grazia tries to use those debunked reports as evidence. In actuality, it has no real proof to substantiate this storyline. Meanwhile, no reputable outlet has reported anything about a Malibu move, while there's been reliable coverage of their other living arrangements. Lastly, it makes little sense to claim Markle wants a house in Malibu to keep her ties to Los Angeles, and the claim makes even less sense when you consider she's currently dealing with a UK residency requirement for citizenship. It should be apparent this tale is as bogus as the ones that came before it.