Meghan Markle is not pregnant with twins, despite a tabloid cover story published less than two weeks after she wed Prince Harry. This report actually uses a four-year-old photo of the new Duchess of Sussex to tell its pregnancy lie. Gossip Cop can bust it. 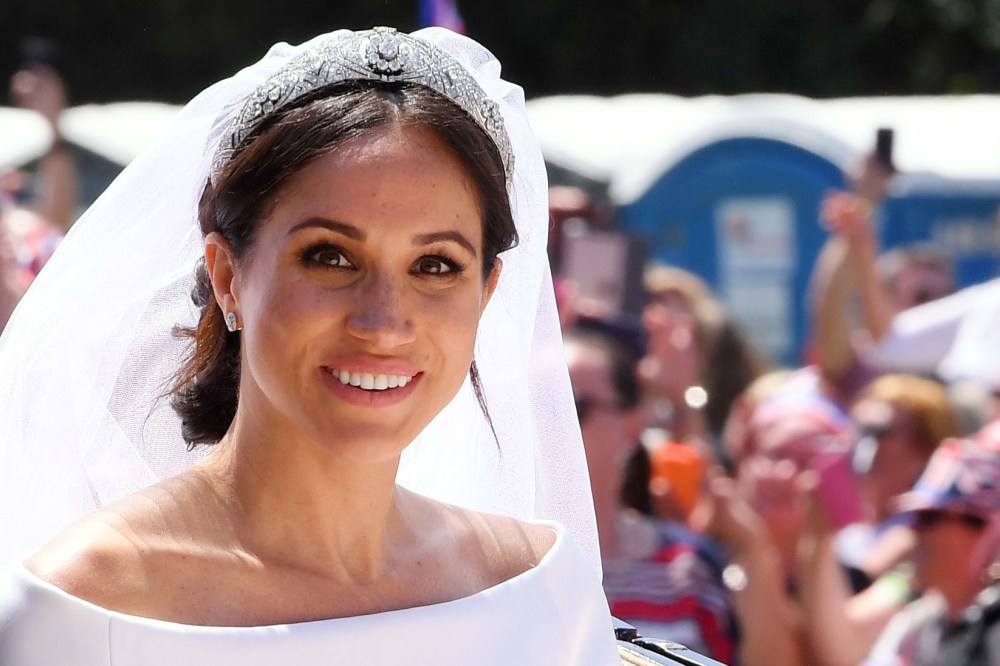 The front of the new National Enquirer features a photo of Markle with an arrow pointing to her midsection and the announcement, "Meghan & Harry Having Twins!" But this picture is from 2014. In fact, the magazine's sister outlet, OK!, used the same exact image to dupe readers into thinking Markle was pregnant and had a visible baby bump last October. In busting that story, Gossip Cop pointed out that other pictures of Markle at the same event show her stomach perfectly flat. The National Enquirer is shamefully copying its fellow gossip publication with this photo deception, which is a strong indication that it should not be trusted.

The article inside the issue begins with the contention that Prince Harry and Markle are "already telling pals that she's pregnant — with twins." Why hasn't Kensington Palace made an announcement then? The tabloid builds in a convenient explanation, with a so-called "source" claiming, "They won't announce for some time, or until the end of the first trimester, as is the American custom." Well, which is it — Will the pregnancy not be confirmed "for some time," or will be it be made official at the "end of the first trimester"? Neither the magazine nor its supposed "source" really seem to know.

Nevertheless, this purported "well-placed palace mole" goes on to allege that "all the signs" that Markle is expecting "have been there for months." Like what? Without evidence, the outlet claims Markle "secretly visited fertility docs months before" the royal wedding. "Additional fertility-ensuring measures" are said to have included a consultation with a nutritionist, and putting Prince Harry on "cleansing supplements and vitamins." Again, the publication offers no proof to back up these assertions.

The tabloid does contend alongside a picture that Markle's "baby bump made an early appearance" when she and Prince Harry stepped out last week to celebrate Prince Charles' birthday. Yet no reputable outlet observed the former "Suits" star at that event and similarly concluded she was pregnant. Rather, credible media like People ran multiple stories that covered everything from Markle's having a "fit of giggles" to how her outfit marked her first style choice as a duchess. Nothing was said about a "baby bump."

It should also be noted that the National Enquirer maintains Markle "isn't due until February 2019." Gossip Cop suspects the magazine is actually hoping this narrative is long forgotten by then. But we keep track of everything, and that includes a tale two months ago from this same outlet that alleged Markle and Prince Harry were planning to adopt like Angelina Jolie. This new article doesn't say anything about adoption at all.

Additionally, while Kensington Palace generally doesn't comment on tabloid stories as a matter of policy, a royal staffer with whom Gossip Cop spoke on background laughed over this "twins" narrative. Prince Harry has spoken several times over the years about wanting kids, and children could be in his near future. But there is nothing to substantiate the contention that Markle is currently pregnant with two babies.