Nicole Kidman has not been "binging" on Botox and fillers, despite a tabloid report claiming the actress gets constant cosmetic procedures. Gossip Cop can exclusively debunk the claim. We've learned it's simply false. 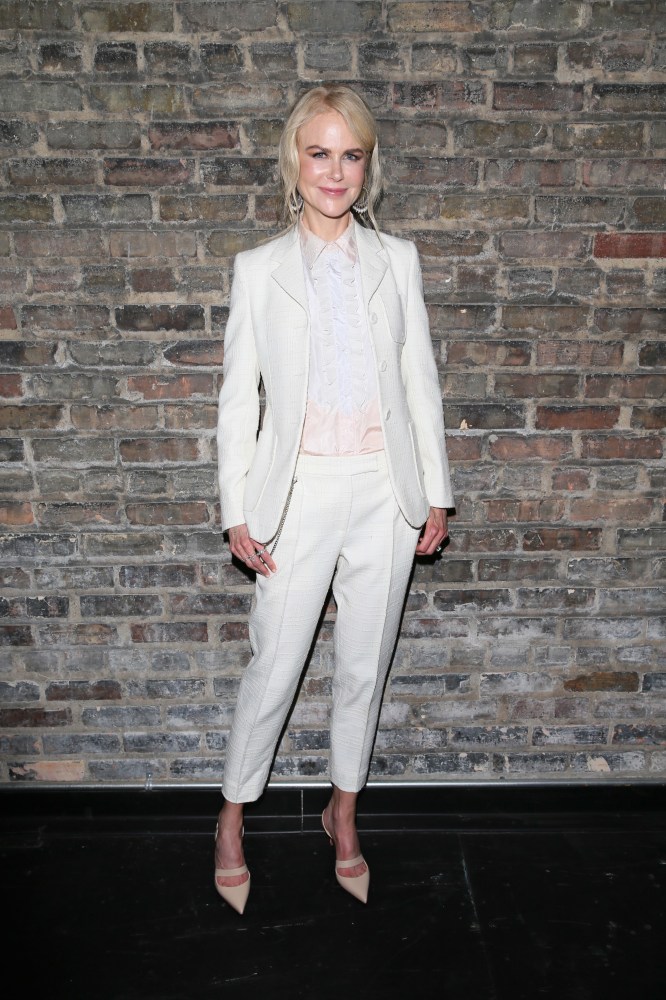 According to NW, the 51-year-old actress is keeping a youthful appearance by overindulging in cosmetic enhancements. The magazine quotes a plastic surgeon who hasn't treated the actress as saying she "appears to possibly have had too much filler in her lips and cheeks, and Botox in her forehead, causing her to look a bit too plastic."

The magazine's report is completely speculative and based on the opinion of a doctor who has seemingly never met Kidman. The medical professional is offering a viewpoint based on photos of the actress alone. Of course, makeup and lighting can have a big affect on one's appearance in a photo, so this is hardly a reliable way to determine whether or not she's had cosmetic work.

On the other hand, Gossip Cop checked in with a rep qualified to speak on Kidman's behalf, who tells us on the record that the tabloid's story is untrue. In fact, Kidman admitted in a 2013 interview that she tried Botox, but regretted doing so. She called the decision to get injections an "unfortunate move," and added, "I got out of it and now I can finally move my face again." It's highly unlikely that Kidman is now "binging" on Botox after admitting she tried the procedure and wasn't happy with it.

In that same interview, the actress continued, "No surgery for me… I wear sunscreen, I don't smoke and I take care of myself, and I am proud to say that." She added, "Anybody can do anything to themselves – I don't judge – but personally I believe in being physically fit. That's how I was raised." NW's article, which ostensibly calls Kidman a liar, doesn't even pretend to have sources close to the actress. Instead, the entire premise is predicated on the assumptions of a doctor who's never personally treated her.

Additionally, the publication has been known to make up bogus stories about the actress. Earlier this year, Gossip Cop busted the tabloid for falsely claiming that Keith Urban was begging Kidman to take a break from work in order to save their marriage. As time has shown, the actress's career hasn't slowed down and her marriage remains as strong as ever. This latest article is more nonsense from the unreliable outlet.