Is Oprah secretly married? A new report claims she and longtime partner Stedman Graham had a "surprise wedding." Gossip Cop, however, can debunk the fabricated story. 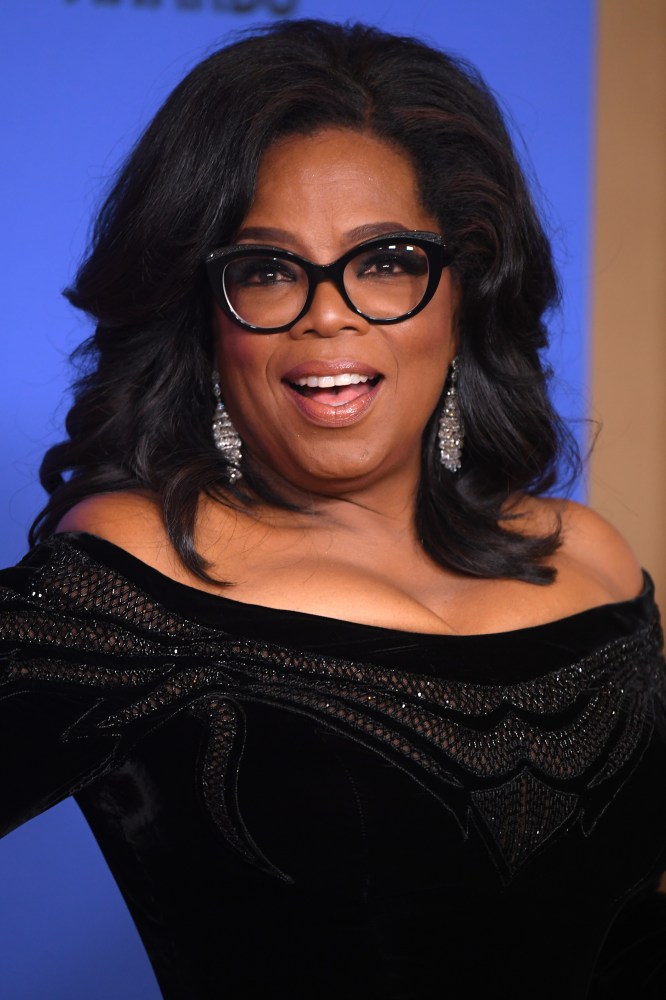 According to New Idea, Oprah and Graham gathered friends and family at "their Santa Barbara home for what [the guests] believed was one of Oprah's famous get-togethers." But the couple "stood in front of their nearest and dearest and made their love official." A so-called "insider" is quoted as saying, "Absolutely no one saw it coming." Well, that's because it never happened, but Gossip Cop will get to that.

Though no date is given, the tabloid goes on to allege the couple "decided to keep the occasion as intimate as possible, with only their inner circle present at the romantic home ceremony." The gossip magazine even purports to know what Oprah said in her vows, giving the quote, "Stedman, you're the sweetest man, with the greatest integrity." But, as detailed in this E! Online article about Oprah and Graham's long-lasting love, that remark is actually from the media mogul's 1998 acceptance speech for her honorary Oscar. The outlet is flat-out lying about it now being from her supposed marriage vows.

Additionally, quotes attributed in the present tense to Graham ("says Stedman of his bride") are actually years-old as well. On top of not being truthful about where and when the statements are really from, the publication tries to connect the supposed nuptials to a current hot topic: Whether Oprah will enter the 2020 election. Her "potential run for president played a part in the couple's decision to formalize their love," claims the tabloid. Another alleged "insider" maintains, "Having Stedman by her side as her husband instead of her boyfriend would strengthen her chance with the conservative American voters."

All of this is illustrated by a series of photos of Oprah "dressed in a figure-hugging white gown," and readers are led to believe they are pictures from the wedding. Well, they're not, of course, because no wedding took place. Far from being taken at her home in California, the photos are actually from a party that was held in Oprah's honor in London by Vogue editor-in-chief Edward Enninful. Earlier this month, a number of stars were in attendance for the formal afternoon tea, including Oprah's A Wrinkle In Time co-stars, Reese Witherspoon and Mindy Kaling.

Oprah posted about the event on Instagram, sharing a picture of herself posing with Enniful, as well as Idris Elba, Chiwetel Ejiofor and Steve McQueen. One person who was not there was Graham. Yes, the magazine is using pictures from a gathering that Graham was not even at to claim he and Oprah had a "surprise wedding." Between repurposing old quotes and misrepresenting photos, it doesn't get much more deceptive than this. Oprah is not secretly married, and if she ever ties the knot, the real news will be presented in a legitimate way.

Angelina Jolie did NOT take kids to see Tomb Raider reboot, despite reports