Pink went for a spin with James Corden for "Carpool Karaoke," as seen on Tuesday's episode of "The Late Late Show." Check out the video below! 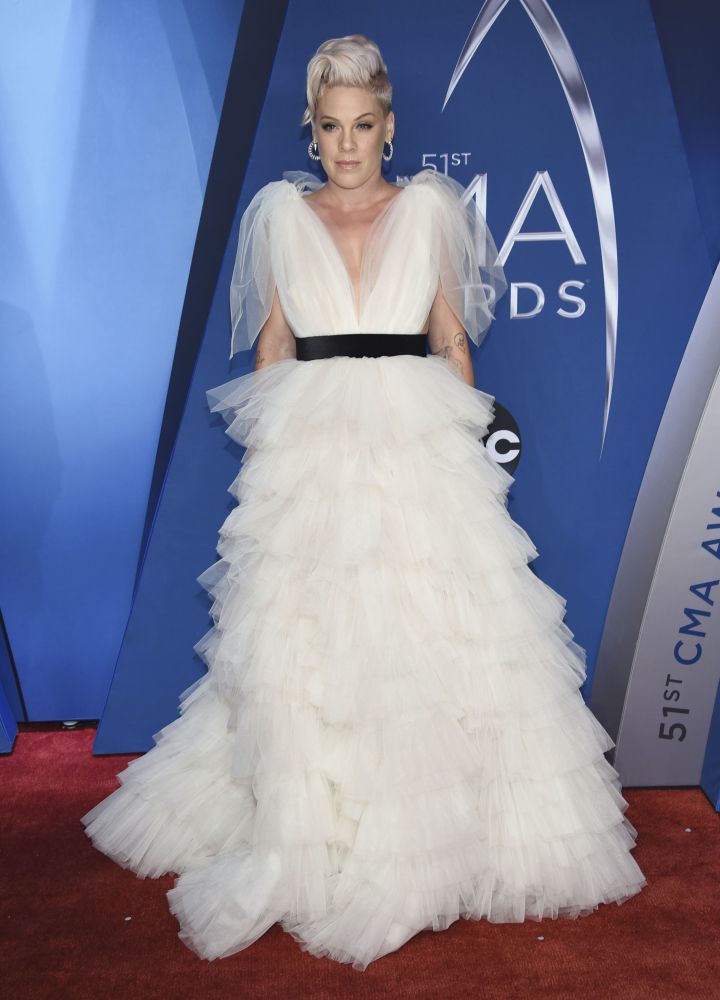 It was only revealed on Monday that Pink had joined the group of top music artists who have participated in Corden's most popular recurring segment. She tweeted, "I got in a car with @JKCorden and sang some songs. Watch the madness unfold on the @latelateshow tomorrow, 11/14. #PINKcarpool." The show's official Twitter account similarly posted, "Pssst… We're going for a ride with @Pink tomorrow night! #PINKcarpool."

Pink's appearance on the "Late Late Show" comes less than a week after she performed "Barbies" at the CMA Awards. As Gossip Cop reported at the time, the singer actually scored a CMAs nomination for Musical Event of the Year for "Setting The World On Fire," her collaboration with country superstar Kenny Chesney. The two didn't end up winning the honor, but Pink's beautiful performance was one of the show's highlights. She's expected to dazzle again this Sunday when she takes the stage at the American Music Awards. She'll be performing "Beautiful Trauma" off her recent album of the same name, and the AMAs are teasing that it will be "her most daring performance to date."

While "daring" might not describe Pink's "Carpool Karaoke" session, it certainly looked like a lot of fun, as they always do. And Corden has seemingly increased the frequency of the beloved musical sketches lately. In the last month and a half, Sam Smith had his "Carpool Karaoke" turn, with a cameo from Fifth Harmony, and Miley Cyrus went for her own ride, too. But nearly two years after Adele's installment, her edition still remains the series' most watched with more than 172 million views on YouTube. She's followed in the rankings by One Direction, Sia and Selena Gomez. Others who have taken part range from Carrie Underwood to Rod Stewart. Gossip Cop will video of the new version with Pink momentarily, so stay tuned!

Robert Pattinson is curious to see someone else play Edward Cullen

Angelina Jolie NOT wasting away and hospitalized despite report