Prince Harry and Meghan Markle are going to raise their baby boy, Archie, in America, reports one of this week's celebrity magazines. The claim, however, is completely untrue. While there's a chance they will relocate for a certain amount of time outside the U.K., they are not moving to Hollywood or anywhere in the U.S. 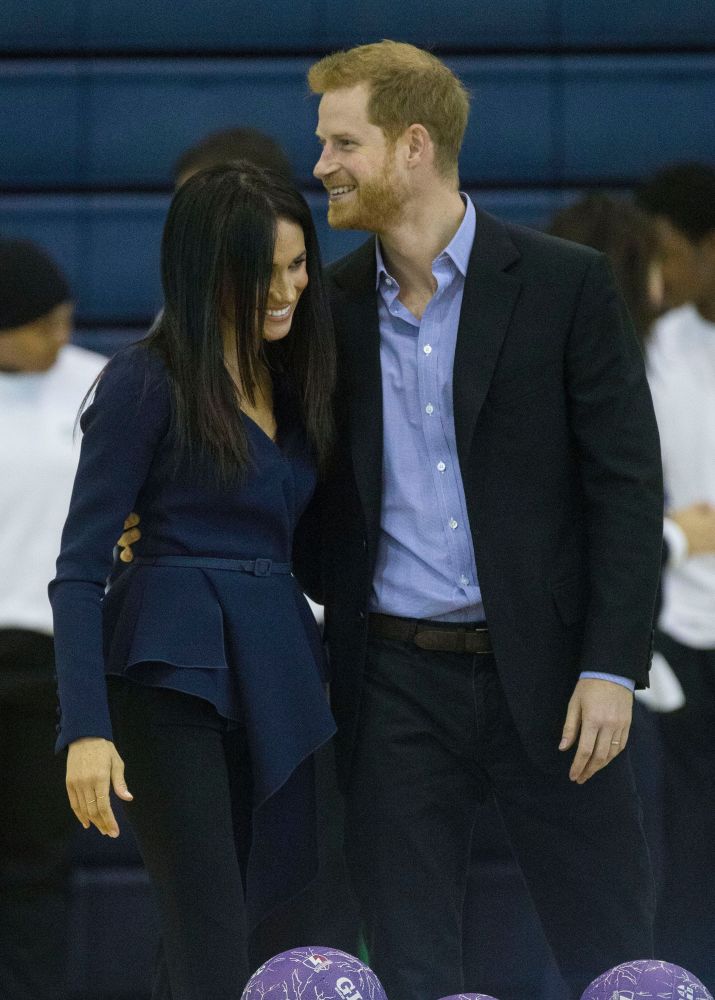 According to the latest issue of the National Enquirer, "Royal rebel Megan is flat-out defying Queen Elizabeth's order to move to Africa with Prince Harry and baby Archie." Instead, they're leaving Windsor Castle's Frogmore Cottage, which was a gift from the queen, and heading to the United States, contends the supermarket tabloid. A so-called "source" is quoted as saying Markle has "gone totally rogue," and is telling friends that "if the royal family want[s] her out of their hair, she'll happily oblige by moving back to America."

The supposed tipster continues, "[Markle] boasts she'll be treated like a queen there and have her mom around to babysit and wait on her hand and foot." Noting then how there have been reports that the Duke and Duchess of Sussex will be sent to Africa to be commonwealth ambassadors, the alleged insider asserts, "Of course, they'll promote projects in Africa. But live there? No way! Meghan's insisting their newborn son be raised in America like she was." Markle is "already looking for a multimillion-dollar home in a celebrity enclave like Malibu, where Archie can have playdates with the children of Hollywood stars and grow up swimming and surfing year-round," relates the purported source.

The plotline about the royals relocating to the U.S. is not new, though the reasons for moving to America have shifted over the years, as have the magazine's narratives. In fact, before he began dating the actress, the tabloid's sister publication, OK!, ran a cover story in 2016 about Prince Harry moving to America, specifically Malibu, to find himself a princess. That was followed the next year by a Star article about Prince Harry and [then-girlfriend] Markle moving to America and quitting royal life to live in the Hollywood Hills.

A year ago, well before there was talk about Prince Harry and Markle being royal envoys in Africa, there was another tabloid cover story about them moving to the United States. In that tale, published by Star a month before their marriage, it was alleged Prince Harry and Markle were moving to Malibu, and he was dropping millions of dollars on a property as a "wedding gift." And after it was announced she was pregnant, there was yet another magazine article which declared Markle and Prince Harry were having their baby in America.

All those reports were lies. Still, Gossip Cop looked into the new story, and we were assured on background that the royals are not moving to Malibu or anywhere else in America. It also bears mentioning the Enquirer is not exactly a reliable source of information about the couple. Just a couple of months ago, we busted the same outlet for a tale about Queen Elizabeth having "booted Prince Harry and Markle from the royal family.

In that manufactured piece, it was wrongly claimed Prince Harry and his wife were "banished to Malta." Of course, since that article, the Queen has spent time happily visiting Prince Harry, Markle and their baby. And this past Wednesday, Her Majesty had the redheaded royal at her garden party at Buckingham Palace.

The publication also previously falsely swore up and down that Prince Harry is not Prince Charles's son, but instead the child of Welsh guards officer Mark Dyer. And it ran another cover story about how Markle and Prince Harry were having twins. Rather than believing Markle and Prince Harry are moving to America, maybe it's time for readers to move on from that outlet which clearly does not have trustworthy palace sources.