Is Princess Eugenie "frustrated" that she's not "getting the attention she deserves" for her royal work? That's the latest claim coming from a website known for its fabricated stories, but Gossip Cop can set the record straight. We're told it's "rubbish." 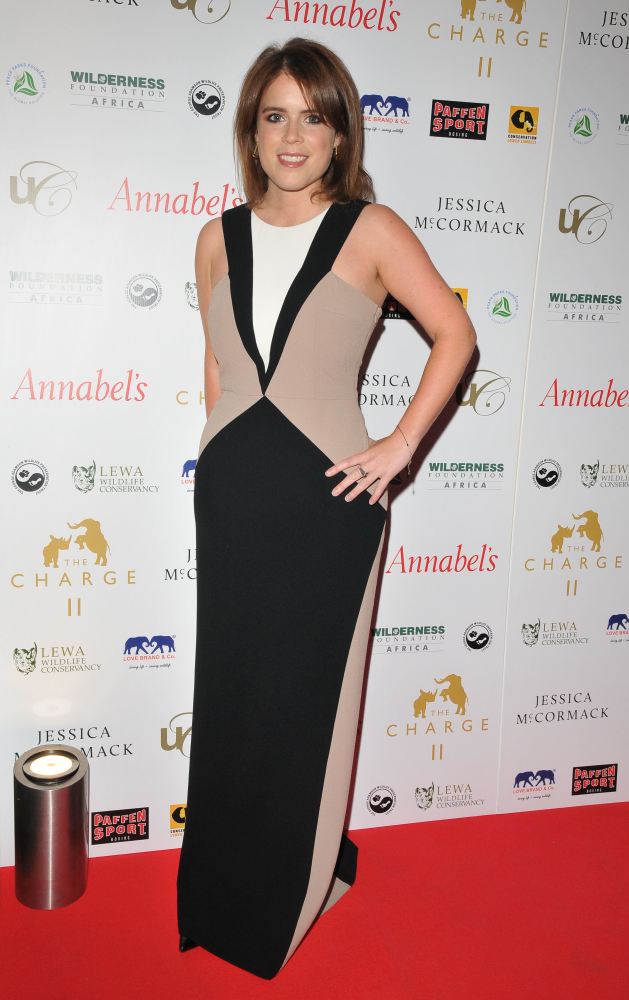 According to Celeb Dirty Laundry, not a single person "seems to be paying any attention to Eugenie" and the "hard work she's been putting in to help raise money for charities." On the other hand, purports the outlet, "Kate Middleton [and] Meghan Markle are making headlines for their pregnancy and royal wedding plans." Without a single source to support its premise, the often discredited site goes on to assert that the 27-year-old daughter of Prince Andrew recently raised "more than $600,000 for elephant and rhino charities," but the gala "didn't make any headlines" as the "media is focusing more on Prince Harry and Markle's upcoming royal wedding" and Middleton's third pregnancy.

The outlet, which is routinely caught telling tales about the royal family, further alleges that this is "frustrating for someone like Eugenie" who has been "trying so hard to be noticed in recent weeks." The bad blog concludes, "For the first time in a long time, she's taking her royal duties and responsibilities very seriously." But Gossip Cop investigated the seemingly made-up report, and a royal source tells us the story is "rubbish."

Unlike CDL, Princess Eugenie understands that her cousins have a lot going on at the moment, particularly with engagements and pregnancies. Additionally, the princess has always lived relatively under-the-radar compared to Prince William and Prince Harry, and that isn't "frustrating" for her. The only remotely factual aspect of the entire story is that Princess Eugenie helped raise money for animal charities earlier this month, but she didn't take part in the gala just to receive media attention. It's all lies.

It should be noted, Gossip Cop previously corrected the untrustworthy website when it falsely alleged Princess Eugenie and Princess Beatrice were "ignoring" the announcement of Prince Harry and Markle's engagement. Much like that meritless and untrue claim, this latest one about Princess Eugenie feeling "frustrated" over a "lack of attention" in the media is equally phony.

Katie Holmes doesn't want to get work done to her face

Is Ellen and Portia's wedding at a breaking point?

What does Tom Cruise think about Suri wanting to go into show business?