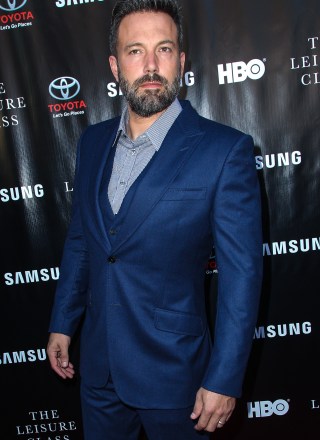 Share Tweet Pin Email
Ben Affleck got into acting at 12 through a Burger King ad and a PBS miniseries called "The Voyage of the Mimi." After dropping out of college, he got his first substantial parts in "Dazed and Confused" and "Chasing Amy." He reunited with his Boston boyhood pal Matt Damon in 1997 to co-write "Good Will Hunting," which earned him a Best Original Screenplay Oscar. The next year he became an action star in "Armageddon" and was back at the big show alongside then girlfriend Gwyneth Paltrow as part of the cast for "Shakespeare in Love." In 2000, Damon and Affleck started the screenwriting competition/hit HBO docu-series "Project Greenlight." His life hit a rough patch in the few years that followed thanks to a stint in rehab for a drinking problem, several flops and the bizarre Bennifer courtship with Jennifer Lopez which started on the set of the universally panned "Gigli" and ended after strip club shenanigans led to them calling off their $2 million wedding four days before it was supposed to happen. Things began to brighten in 2004 when shooting a scene for the "Daredevil" spinoff, "Elektra," ignited a new relationship with Jennifer Garner, who would become his wife and mother to his three children Violet, Seraphina and Samuel. He also got his career back on track, first by wowing audiences as TV's suicidal Superman George Reeves in "Hollywoodland" and then by moving behind the camera with "Gone Baby Gone" and "The Town." Despite an Oscar snub, Affleck won best director for 2012's "Argo" at the Golden Globes and the Critics' Choice Awards.