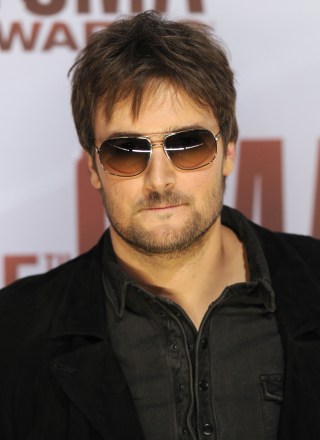 As a teen, Eric Church bought a guitar and taught himself how to play all his favorite inspirations (Hank Williams Jr., Merle Haggard, The Band). By his junior year, he had lined up a regular gig in a local bar. But professional music would have to wait as Church promised his dad that he would graduate from college in exchange for a bankrolled six-month trial period in Nashville. He majored in marketing at Appalachian State University and then headed to Music City. He eventually landed a publishing deal with Sony/ATV Tree and wrote songs for other artists like Terri Clark ("The World Needs A Drink") before signing to Capitol Records. His first album, Sinner Like Me, was released in 2006 and the first single "How 'Bout You" became a Top 20 hit as did "Two Pink Lines" and "Guys Like Me." His sophomore set, Carolina, dropped in 2009 and was followed in 2011 by his first No. 1 CD Chief, which included singles like "Drink In My Hand" and "Springsteen" and was nominated for a Best Country Grammy. It won Album of The Year at the CMA Awards. The marijuana advocate known for his signature aviators and trucker hats also had a No. 1 when he sang with Luke Bryan and Jason Aldean on 2013's "The Only Way I Know." He is currently touring and promoting his fourth CD The Outsiders. Church married music publisher Katherine Blasingame in 2008 and they welcomed son Boone in 2011.