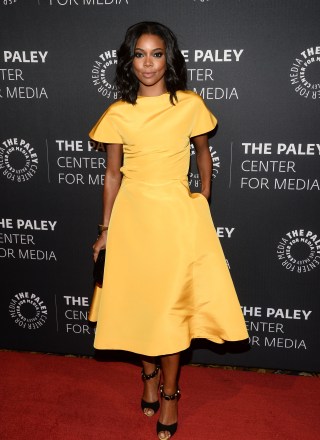 Despite plans to attend law school after undergraduate work at University of Nebraska and UCLA, Gabrielle Union was discovered at and signed to the modeling agency she was interning at during her senior year. The high school soccer, basketball and track star started with modeling, commercials and TV appearances ("Moesha," "Saved By The Bell" and "Sister, Sister) and spent the beginning of her career playing teens as a real-life twentysomething ("7th Heaven," "10 Things I Hate About You," "She's All That" and "Bring It On"). She has consistently worked ever since in blockbusters ("Bad Boys II"), short-lived TV shows ("Life," "FlashForward") and soapy dramas ("Being Mary Jane:). After surviving a rape at gunpoint when she was 19, she became a passionate public speaker and activist against violence toward women. After being married to running back Chris Howard from 2001-06, she moved her dating pool from the NFL to the NBA when she started dating Dwyane Wade in 2009. The Miami Heat baller proposed with the help of his two sons and a nephew he is raising in December 2013, but shortly after the announcement, it was revealed that Wade fathered a third child while the couple was on a break.