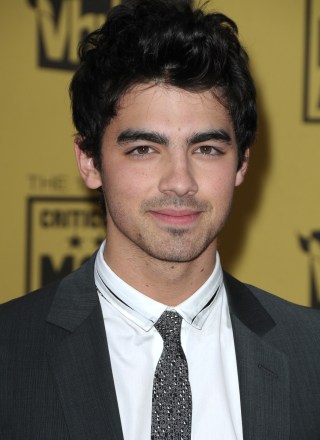 The Jonas Brothers — made up of siblings Nick, Joe and Kevin — revived the fading boy band genre for the millennial crowd. After Nick signed solo to Columbia Records as a boy, Joe realized how much fun he was having with music and auditioned for Baz Luhrmann's Broadway production of "La Boheme." The brothers then started to collaborate and Kevin and Joe were optioned into Nick's contract at Columbia, where they released one CD, "It's About Time," but were dropped due to poor sales. They found a new home at Disney in 2007 which immediately proved a better fit. Their self-titled record debuted at No. 5 in 2007, the same year they appeared on an episode of "Hannah Montana," opened for Miley Cyrus on tour and performed "SOS" at the American Music Awards. They signed their own multi-million touring deal, starred in Disney Channel movie "Camp Rock" (2008's most-watched cable program) and TV series "JONAS," dueted at the 2009 Grammys with Stevie Wonder, released two more No. 1 CDs in 2008 and 2009, and showcased the pandemonium that followed them around in a big-screen concert film. The band broke up in October 2013. The middle brother has cycled through a variety of teen queens including Taylor Swift, Camilla Belle (who appeared in the "Lovebug" video), Ashley Greene and his "Camp Rock" costar Demi Lovato. His latest split came in August 2014 after he and his girlfriend of 20 months, graphic designer/model Blanda Eggenschwiler, went their separate ways.