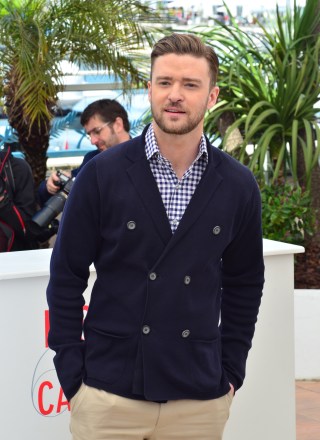 Share Tweet Pin Email
Justin Timberlake began his career in the public eye as a country-crooning contestant on Star Search in 1992 (He lost!) and as a Mouseketeer from1993-95. The blonde-haired, blue-eyed looker and his falsetto then joined boy band 'N Sync, a name JT's mom coined using last letters of member's names. Having already conquered Europe, the quintet's 1998 U.S. debut went five-times platinum the first year on the strength of singles "I Want You Back" and "Tearin' Up My Heart." No Strings Attached (2000) sold a record-breaking 2.4 million the first week and earned the boys three Grammy nods. That same year JT said "Bye, Bye, Bye" to dating Britney Spears in secret. The reign of pop's prettiest purest couple ended in June 2002, just a few months before Timberlake allegedly took a jab at her on the Grammy-winning "Cry Me A River," the jilted jingle from his first solo CD Justified. Timberlake did everything he could to shelve his wholesome image — collaborated with hip hop's finest like Nelly, Snoop Dogg and the Black Eyed Peas, put sexy back into touring with Christina Aguilera in 2003, witnessed Janet Jackson's "Nipplegate" in 2004 from a foot away, took controversial film roles in Blake Snake Moan and Southland Tales, started the high-end William Rast clothing line in 2005, and co-wrote the Emmy-winning parody "D*** In A Box" for SNL. His smooth moves continued on 2006's Future Sex/Love Sounds, which bagged the boy wonder two more Grammys. But for all the dirty talk in his ditties, JT has a thing for monogamy. He dated Cameron Diaz from 2003-07 and kept things civil enough that the two could co-star in 2007's Shrek The Third and 2010's Bad Teacher. He was first linked to Jessica Biel in 2007 and despite a months-long hiccup in 2011, he made her his wife in October 2012. After focusing on film (The Social Network, Friends With Benefits), he ended his seven-year absence from music with the 2013 release of "Suit & Tie" and The 20/20 Experience.