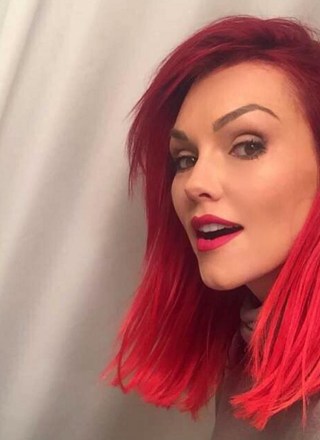 Share Tweet Pin Email
Kandee Johnson is a makeup wizard! Born on July 9, 1978, the Los Angeles native went to beauty school but realized that she hated doing hair and only wanted to focus on makeup. Her first job as a makeup artist was on VH1's "I Love the '80s." In 2008, she started blogging about beauty and style. She uploaded her first video to YouTube in 2009 and now has more than 3.5 million subscribers! Kandee has managed to transform her face to look like every one of the Kardashians, so it's no surprise her clip on how to contour has been viewed more than 4 million times. She's also transformed herself into characters including Snow White and Edward Scissorhands and has done makeup for celebrities including Conan O'Brien. The busy mom of four has two blogs — "KandeeLand" and "KandeeJ" — in addition to her YouTube channel. On Facebook, she's approaching 1 million likes, has hit 300,000 followers on Twitter and her Instagram account has more than a million followers. Kandee wants her fans to realize, "You're more beautiful than you know. More talented than you think. And more loved than you can imagine."