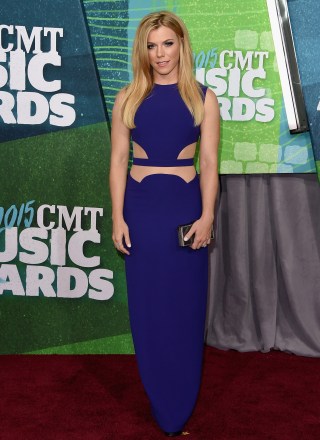 Kimberly Perry, who sang in her own band as a teenager, has been playing with her brothers Neil and Reid for as long as she can remember, but the Greenville, Tenn., natives went professional as The Band Perry around 2005 when they joined the New Faces Of Country Tour. In 2008, Garth Brooks' manager discovered them and helped them make demos that got them signed to Republic Nashville by Scott Borchetta in August 2009. Their first single "Hip To My Heart" peaked ay No. 20 on the country chart, but second single "If I Die Young" exploded as a crossover hit and helped their October 2010 debut CD, which also included "You Lie" and "All Your Life," do gangbusters business. Their second album Pioneer was released in April 2013 and included hits "Better Dig Two," "DONE" and "Don't Let Me Be Lonely." The reigning ACM Vocal Group of the Year and Grammy Award winners has also been honored with multiple nominations for Billboard Music Awards, CMT Music Awards, People's Choice Awards and Teen Choice Awards. Texas Rangers catcher J.P. Arencibia used his connections to arrange a meeting with his future wife in February 2012 at the Florida Strawberry Festival. They were engaged in October 2013 and married in her hometown in June 2014 in front of guests Carrie Underwood, Miranda Lambert and Blake Shelton. When baseball season was over, her husband tagged along for her We Are Pioneers World Tour.