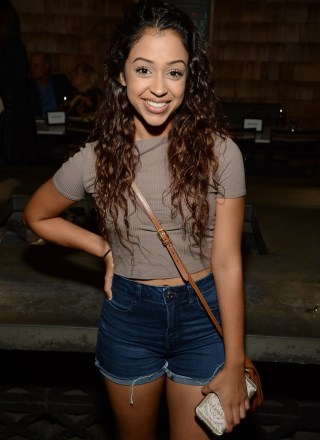 Share Tweet Pin Email
Liza Koshy describes herself as "just a little brown girl with big dreams" on her social media accounts, but she's being modest: She's one of the biggest stars on Vine. Liza has 4.6 million followers and more than 1 billion loops on the video-sharing service. Liza, who was born on March 31, 1996, in Houston, Texas, is a big fan of the "z" in her name. On her YouTube channel, which boasts more than 1 million subscribers, her "about us" reads, "New videos every Wednezzzday with Lizzza!" One of her most-watched humorous videos — it has nearly 3 million views — is called "ROAD RAGE!?! DRIVING WITH LIZZZA." She also has another popular video about being a "crazy driver" and is not shy about her obsession with Target either.