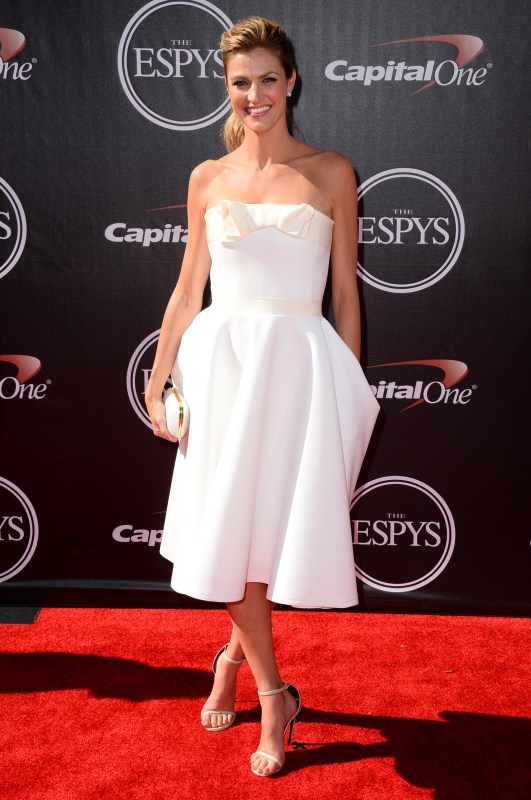 Erin Andrews has never wanted to be the story. The longtime sports journalist and Dancing With the Stars co-host has been the subject of public scandal in recent years after a man secretly taped her naked in her hotel room.

But after her traumatic court case ended this past summer, Andrews got even more difficult news. The 38-year-old was diagnosed with cervical cancer in September.

In a new interview with Sports Illustrated's The MMQB, Andrews opened up for the first time about keeping her diagnosis a secret for months.

"Throughout my career, all I've ever wanted is to just fit in," Andrews said. "That I had this extra baggage with the scandal, I didn't want to be any different. I felt that way about being sick too. I don't want players or coaches to look at me differently."

So Andrews kept the news under wraps. She missed two episodes of DWTS in late September, at the time saying it was due to a death in the family, which was only part of the reason.

Andrews went into surgery in mid-October, firmly telling the doctor, "I'm not watching any football games at home. This is [Fox's] Super Bowl year, and I'm not missing the Super Bowl."

Two days after the surgery she was on a red eye flight from Los Angeles to Green Bay to film a feature with the Packers wide receiver Jordy Nelson.

"Should I have been standing for a full game five days after surgery? Let's just say the doctor didn't recommend that," Andrews said. "But just as I felt during my trial, sports were my escape. I needed to be with my crew."

The reporter found the strength to fight her diagnosis thanks to the support of those closest to her.

"After the trial everyone kept telling me, 'You're so strong, for going through all of this, for holding down a job in football, for being the only woman on the crew,' " Andrews says. "Finally I got to the point where I believed it too. 'Hey, I have cancer, but dammit, I am strong, and I can do this.' "

In mid-November, Andrews was told that her margins were clear and that there would be no need for radiation or chemotherapy.

Her father, Steve Andrews, said of that day, "I gazed out the window and quietly wept. Such an incredible weight had been lifted off her shoulders. I try not to think about what happened to her too much. But when I do, and I consider the enormity of what Erin has endured, I'll often just sit down and cry."

For details on Andrews' recent Disneyland engagement to fiancé Jarrett Stoll, watch the clip below!