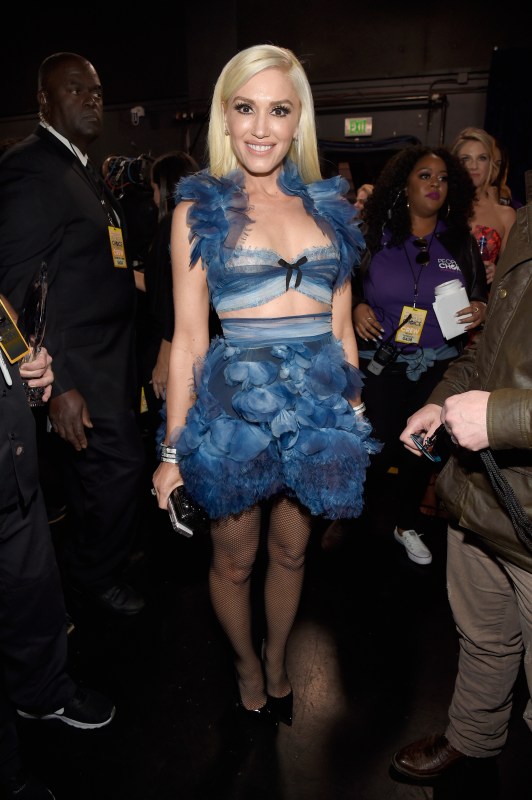 Gwen Stefani is not a "diva" on "The Voice," despite a ridiculous new report. Gossip Cop can debunk the story.

"Diva Gwen! Stefani 'Nightmare' To Work With On 'The Voice' Season 12," RadarOnline announces on Monday, the same day as the premiere. According to the story, "Staffers on the set of 'The Voice' are already fed up with returning judge Gewn Stefani" [sic].

A so-called "source" is quoted as saying, "Gwen has been butting heads with so many people. Sometimes Gwen seems like a completely different person that she used to be [sic] before she and Blake [Shelton] became super serious. She used to be everyone's favorite and now a lot of people can't stand her because sometimes she acts like she owns the show and they are lucky to have her."

But you know what's noticeably missing from this article? Any example of Stefani "butting heads with so many people." Nor is any evidence provided to support the claim that the signer "acts like she owns the show." And if the No Doubt front woman was such a "diva," it doesn't make sense that producers invited her to participate on what's now her third season with the NBC music competition.

The webloid, though, seems determined to make her look bad. Just days ago, the site tried peddling an untrue tale about Stefani and Shelton "annoying" their co-stars. It was almost exactly a month ago that RadarOnline falsely claimed Stefani was feuding with Alicia Keys. And it was less than a year ago that the bad blog wrongly alleged Stefani was quitting the show.

This is a pattern, and it says more about the online publication than it does about Stefani. The outlet keeps throwing out these claims even though they never match up with reality. But as long as RadarOnline itself keeps being a diva, Gossip Cop will keep calling the webloid out.