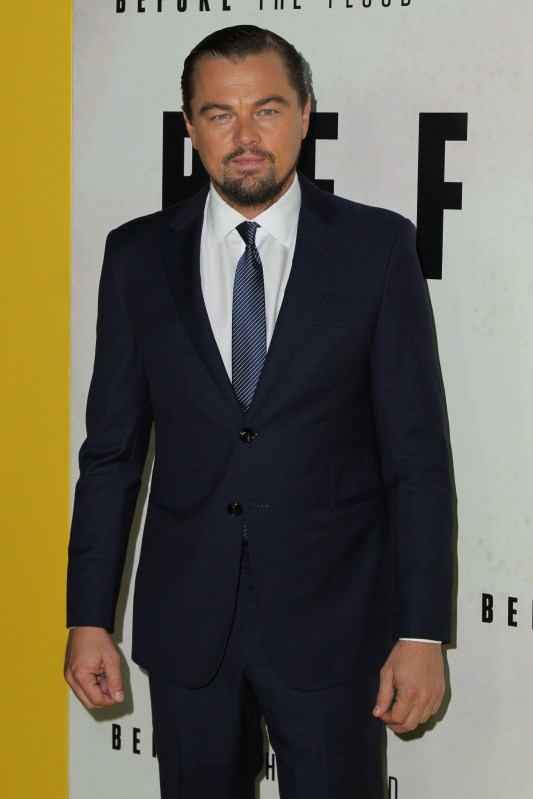 Did Leonardo DiCaprio snub a struggling actor? That's the claim in one of the tabloids. Gossip Cop looked into the allegation.

"Leo's Rude Response To A Struggling Actor," reads a headline in Life & Style. It's said, "We know Leonardo DiCaprio believes in looking out for the environment. But he doesn't seem to be as passionate about looking out for aspiring actors."

The story quotes a so-called "struggling actor," who alleges to the magazine, "I recently approached Leo in L.A. as he walked by with a buddy and asked for 20 seconds of his time. After an initial hesitation, Leo obliged and said, "'You've got 20 seconds, shoot!'"

According to the magazine, "the aspiring actor admits he rambled for a moment about being a big fan of Leo's, then asked the 42-year-old star for the name of his acting coach." Claims the supposed fan, "Leo stayed quiet until my time was up. Then he laughed and said, 'I'm busy with a billion things on my plate, my own career and, most importantly, fighting global warming,' then walked off with his friend!"

Tellingly, though, this unidentified tipster never says where this encounter allegedly took place, or even when. And it seems Life & Style made no effort to verify the legitimacy of the claims with DiCaprio's camp. Now Gossip Cop is told this supposed incident "never happened."

It's unclear if the tabloid was duped, or, perhaps, made up the inauthentic story itself. The outlet has a history of spreading untrue claims about the actor. Last October, for instance, one of its stories falsely claimed DiCaprio was going to play Bruce Springsteen in a biopic.