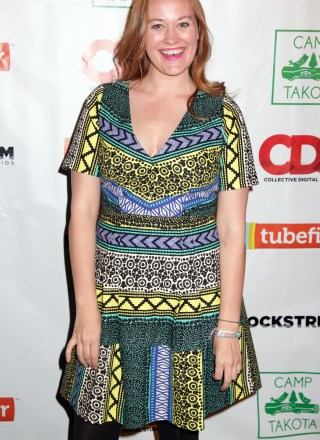 Share Tweet Pin Email
Share Tweet Pin Email
Comedian Mamrie Hart thinks you deserve a drink! Mamrie, who was born on Sept. 22, 1983, in Dover, New Jersey, joined YouTube in April 2009 and found fame in 2011 with her "You Deserve a Drink" channel, which now has more than 1 million subscribers. Mamrie, who's worked as a bartender and actress, has been able to combine her mixology and performance skills to create videos full of pop culture references and numerous puns. Her most popular clips include how-to-make-a-cocktail collaborations with other YouTubers, such as Tyler Oakley. As for her favorite drink? It's a gin gimlet, straight up. In
Read Full Bio