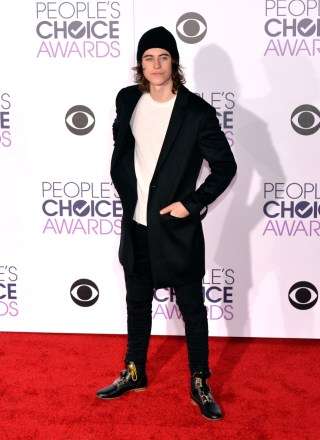 Share Tweet Pin Email
Share Tweet Pin Email
Vine star Nash Grier was born on Dec. 28, 1997, in Greensboro, North Carolina. He has one of the biggest followings on the short-form video app with more than 12.6 million followers who tune in for his comedy sketches. He's also racked up nearly 5 million subscribers on YouTube since joining the site in November 2013. To understand his appeal, look no further than his video titled "I CUT MY HAIR," which has nearly a million views. In 2015, Nash and fellow Viner and friend Cameron Dallas co-starred in "The Outfield," a film about star center fielder Jack Sanders, played
Read Full Bio