Rihanna did not get engaged to Hassan Jameel, despite a report from a year ago. At the time, Gossip Cop said it was inaccurate, and now 12 months later it's clear her boyfriend didn't pop the question back then. The bogus claim was sparked by photos of the singer in New York with a diamond on her left hand, but as we exclusively noted, it didn't ring true. 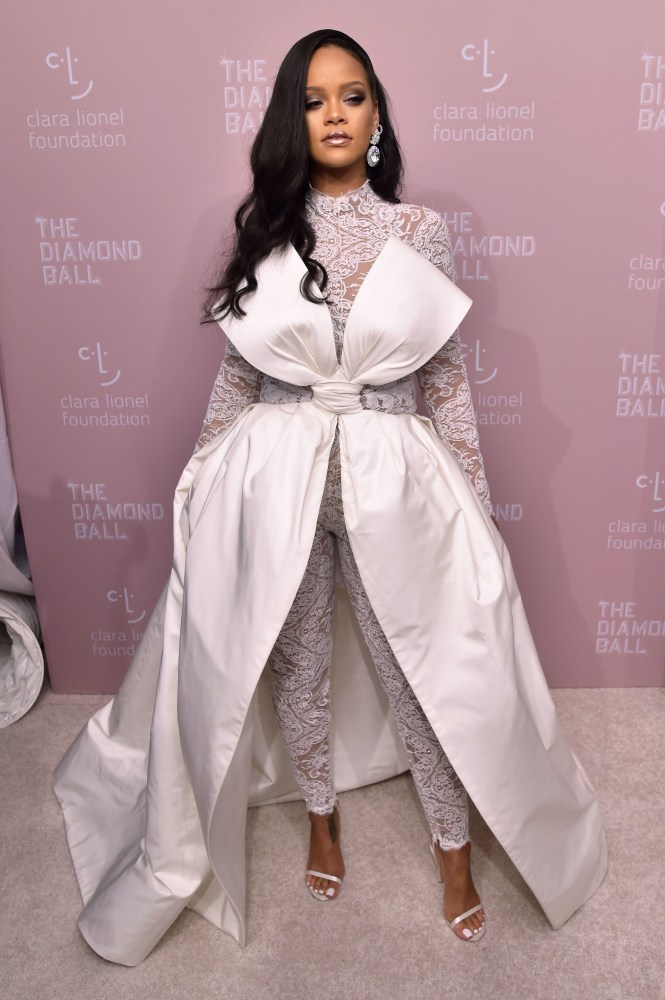 On December 7, 2017, the Daily Mail speculated Rihanna and Jameel were engaged simply because of those pictures. But the British tabloid had no proof or sources to back up its guesswork. Conversely, a Rihanna confidante, who wasn't authorized to talk on the record, assured us the engagement rumors weren't true. Now 365 days later, it's obvious the paper was wrong, and Gossip Cop was right to report the Barbadian singer was not remotely close to walking down the aisle.

In the days that followed the initial false report, a slew of other outlets (that similarly didn't bother to fact-check the original story) also published articles questioning whether the couple was engaged. RadarOnline, however, went over the line, alleging it had an "insider" who said with total certainty that "Jameel popped the question with a custom-made diamond," and they would "no doubt elope somewhere quiet." Not surprisingly, the website had no insight into how, when, or where the Saudi billionaire allegedly proposed, and more significantly, with the passage of time it was obvious Rihanna and Jameel were not engaged or had eloped.

Interestingly, in the intervening months since the first fake engagement article until the present, several of the very same outlets, including the Daily Mail, went on to also wrongly maintain Rihanna and Jameel had split up. And in the midst of that off-key chorus, Gossip Cop stood its ground and kept reporting the press-shy couple was still together. Only when Rihanna and Jameel were recently spotted out on a dinner date in Santa Monica did the split rumors abruptly end.

Gossip Cop will be the first to admit we're not infallible, though we have been known to remind readers our accuracy percentage is much higher than the competition. And it's simple: We do our utter best to fact-check every claim. While the tabloids and websites simply assumed Rihanna was engaged to Jameel because she was wearing a ring, which is not surprising since she loves and designs jewelry, we reached out to an impeccable source and confirmed she wasn't. As Gossip Cop likes to say, time is not the friend of outlets that publish false reports.

Jennifer Garner Asking Ben Affleck For Tips In The Bedroom?