Selena Gomez is not "jealous" Camila Cabello is going on tour with Taylor Swift, despite a report. Gossip Cop can bust this untrue story. We're told it's "ridiculous." 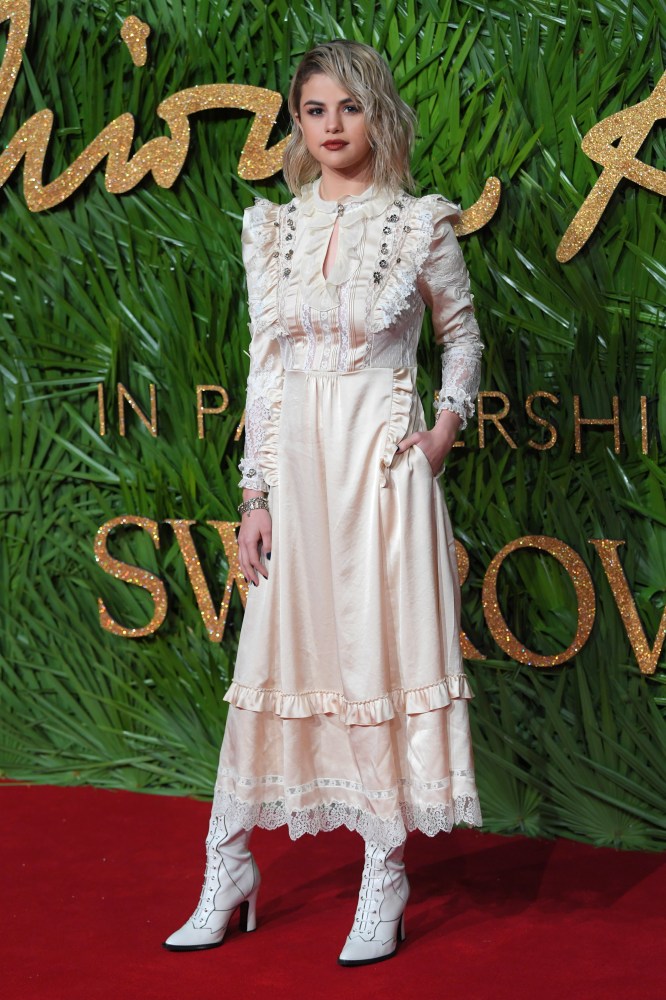 On March 1, Swift posted a video to Twitter announcing Cabello and Charlie XCX will be the opening acts for her "Reputation Stadium Tour," which begins in May. Now two weeks later, HollywoodLife is claiming to have "EXCLUSIVE details" on how Gomez is "a bit envious" that Cabello scored such a gig with her "bestie." A so-called "source close to Selena" starts out by supposedly telling the site that she is "so happy" for her friends as she "loves them both."

"But there's a part of her that's envious too," the website's supposed snitch goes on, contending, "Taylor's her best friend and she can't help but wish she was going on tour with her." The blog opines, "It's no surprise that Selena would feel the way she does." Actually it is a surprise and it doesn't make sense. Allow Gossip Cop to explain why.

First off, precisely because Gomez is friends with Cabello and Swift and wants nothing but for the best them, she wouldn't have a real source "close" to her rain on their parade by publicly sharing her own purported envy and jealousy. To put it simply, expressing such alleged opinions isn't exactly kind. Second, although Gomez is working on a new album, there is no reason for her to go on tour as she doesn't have a collection of music to support right now. In contrast, Swift and Cabello both dropped records within the last six months. It's logical for them to take their albums on the road, just as it's logical that Gomez isn't involved.

The singer-actress, of course, knows that there's no reason for her to be going out on tour with Swift when her new album is incomplete and unreleased, so there's no need for her to be "jealous." Third, there's a problem with the outlet's premise when you follow it deeper and further back in time. Was Gomez also "jealous" when Swift brought Kellie Pickler on tour with her nearly a decade ago? How about when Ed Sheeran was the opening act? And what about when Haim and Shawn Mendes joined Swift for the "1989 World Tour"? The point is, not only is it standard practice for Swift to invite pals to serve as her openers, but it makes little sense to allege Gomez is suddenly now having a problem with it.

Furthermore, Gomez has had friends accompany her own concert series, such as the late Christina Grimmie and DNCE. Should Swift have been "jealous" that they were getting to spend time with her and she wasn't? The notion is just silly. Here's what appears to really be going on: Swift made headlines worldwide when she revealed Cabello would be one of her opening acts for her highly-anticipated tour. As it so often does, the online publication is merely trying to exploit that real news with a fictitious related angle.

In fact, as this piece goes on, it becomes apparent HollywoodLies, as it's nicknamed, doesn't really know what it's talking about. The site brings up years-old claims that Swift and Gomez's friendship became "rocky" due to Justin Bieber, and even alleges that after the on-and-off couple recently got back together, "there's been speculation that it may cause her friendship with Taylor to end." In actuality, there was no such speculation, at least not anything legitimate. Bieber never came between the two pals years ago and they weren't going to let him come between them now.

There are fallacies throughout this clearly bogus tale, which is why Gossip Cop is told it's "ridiculous." And don't forget: Gomez herself told Billboard that "HollywoodLife is the worst." With made-up stories like these, it's obvious why.