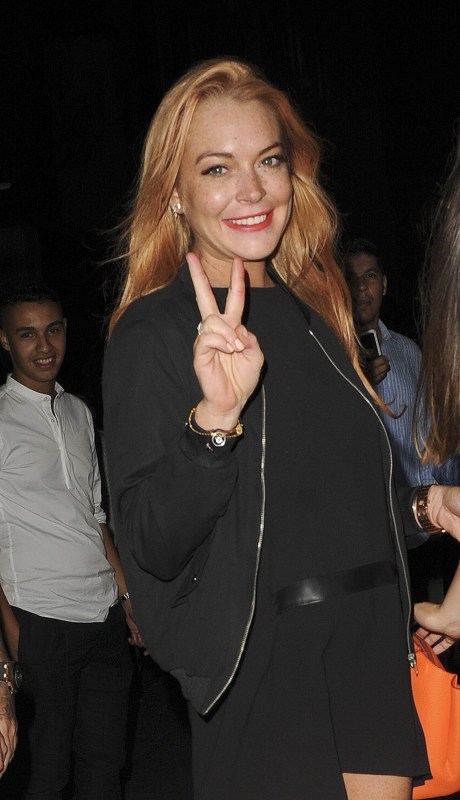 Lindsay Lohan has NOT converted to Islam, despite some late and wrong reports. Gossip Cop already corrected this fake news, and yet of a slew of outlets that seemingly prefer getting clicks over being correct are still publishing this falsehood. A rep confirmed exclusively to Gossip Cop that Lohan has not switched faiths.

Still, the perpetually misguided HollywoodLife alleges people are speculating where Lohan has "decided to practice Islam." The often discredited webloid then recounts how Lohan deleted her Instagram posted, and simply left a message that reads, "Alaikum Salam," which is Arabic for "peace be unto you." HollywoodLies, as its known, then falsely states, "Her rep has not confirmed or denied that Lindsay has converted to Islam."

That's a total lie. Her rep exclusively told us, Lohan "has not converted [to Islam]," a statement that numerous reputable media outlets credited to Gossip Cop. As we noted, Lohan has taken an interest in other religions, but she is currently not a Muslim. Curiously, the New York Post also wrongly speculated that Lohan might have converted. Shockingly, even after we directly contacted the article's reporter, the paper still did not update its false report, perhaps because facts are sometimes less titillating than fiction to tabloids.

As Gossip Cop also noted, Lohan's mom told us the actress is just taking a break from social media these days. If you want late and wrong celebrity stories, stick with HollywoodLife and the New York Post. But if you want the truth, read Gossip Cop.