A new report about how Khloe Kardashian feels "guilty over her happy pregnancy" while Kylie Jenner "struggles" is completely made-up. The fabricated article comes from a website known for its manufactured Kardashian-Jenner stories, but Gossip Cop can set the record straight. We're told that no one close to either star is feeding the untrustworthy HollywoodLife with information about their pregnancies. 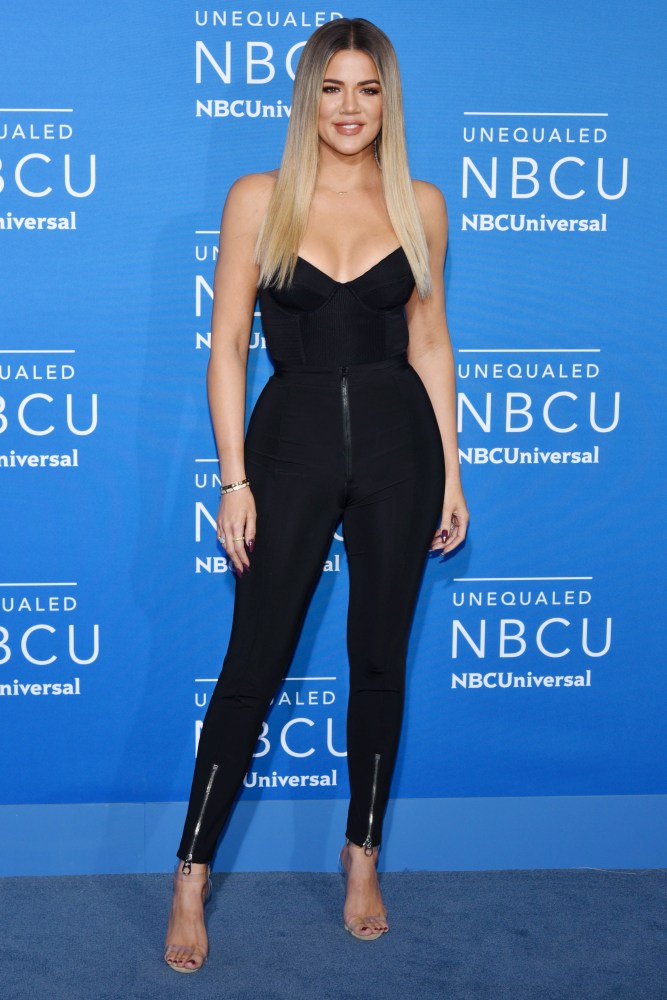 As recently reported, on Wednesday Kardashian revealed she and Tristan are expecting their first child together. So, to capitalize on that news, the unreliable outlet has manufactured an absurd article titled, "Khloe Kardashian Feels Guilty Over Happy Pregnancy As Sis Kylie Struggles With Hers." In the story, a so-called "source" is quoted as telling the often discredited website, "Khloe has gone through absolute hell when it comes to her relationships so she feels very deserving of all the happiness with Tristan, but there's one dark spot for her right now and that's the state of Kylie's relationship with Travis [Scott]."

The webloid's seemingly fake "insider" further purports, "Khloe is uber protective of Kylie and it really makes her sad to see that Kylie isn't getting the kind of love and commitment from Travis that she's getting from Tristan." What's more, the outlet's questionable "source" goes on to claim that Kardashian "has no reason to feel guilty," but "she feels bad that things are going so well for her when her little sister is struggling" with her "reported pregnancy."

Firstly, if the aptly nicknamed HollywoodLies really had a reputable Kardashian-Jenner "source," it would know Jenner is actually having a baby rather than referring to her "reported" pregnancy. Secondly, and as Gossip Cop has noted in the past, no one from either star's trusted inner circle would ever talk to a website that Jenner herself has slammed for posting numerous stories about her that are untrue. For both of those reasons and more, it's hard to believe a single word of the webloid's newest claim.

Still, Gossip Cop fact-checked the outlet's latest tale, and a source close to Kardashian assured us the story is complete "nonsense." The "Kylie Cosmetics" mogul is yet to officially confirm she's expecting, but that doesn't mean her older sister is "worried" about pregnancy and relationship with Scott. Of course, ever since People first reported that Scott hasn't been around as much as Jenner would like, HollywoodLies has unashamedly made that its new focus, posting multiple stories about their relationship and how her family feels about the rapper. They're all made-up.