Taylor Swift and Joe Alwyn are not secretly married with a baby on the way, despite a false tabloid report. Gossip Cop can confirm that the couple hasn't tied the knot and the singer isn't pregnant. The story is complete fiction. 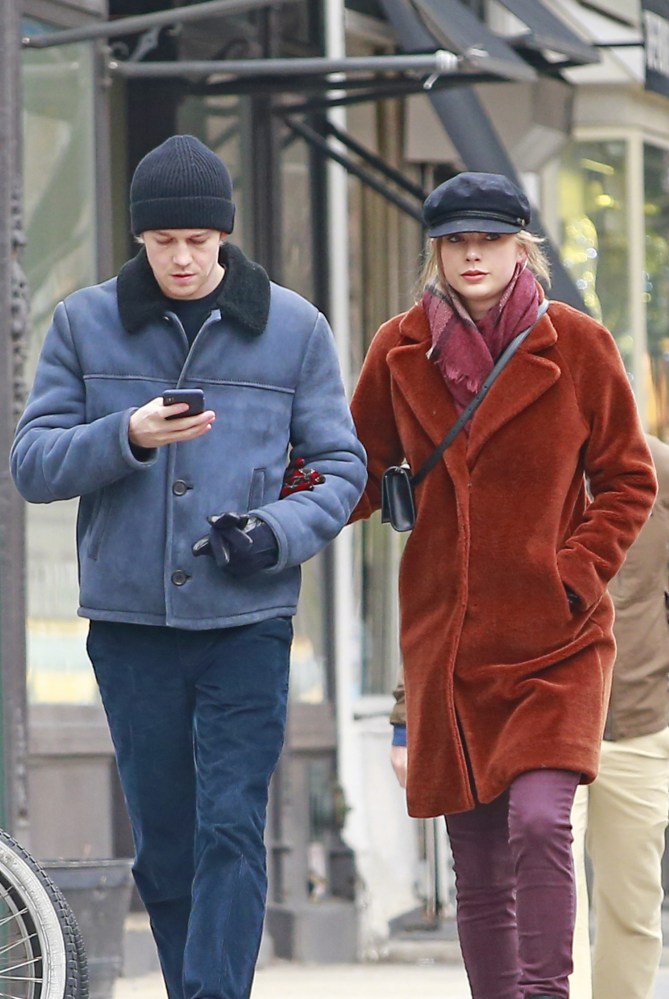 The couple was spotted taking a stroll in Paris last week, but according to NW, their visit to the European city was more than just a romantic getaway. "The talk is that they may well have married in the States at a quiet little chapel in New York, before jetting off to Paris and celebrating with a few close personal friends," a supposed source tells the magazine. "Tay is so private and low-key, and one of the most romantic people you will ever meet, so it figures they'd hold their reception in the most romantic city on earth!"

The alleged insider further contends Swift is keeping everything a secret for the time being, but she'll "have a bigger bash in America once everything's out in the open." The questionable tipster adds, "Their closest friends and family know their plans and are urging them to share what's fast becoming Hollywood's worst kept secret." From there, the so-called "source" says the singer is also expecting, but doesn't seem to know how far along she is in the supposed pregnancy.

The first problem with the tabloid's phony story is that there's no record of Swift and Alwyn getting a marriage license in New York. Gossip Cop checked in with the City Clerk's Office and there's no marriage license on file for the pair. We also reached out to a source close to the couple, who wasn't able to speak on the record, but assures us they're not secretly married and aren't expecting a child.

Additionally, NW has already proven to have little insight into the couple's relationship. Back in March 2018, Gossip Cop busted the tabloid for wrongly reporting that Swift and Alwyn were secretly engaged. The actor still hasn't proposed to the singer at this time. Shortly after that, we called out the magazine for making up a story about Swift moving to London to be closer to Alwyn. The singer hasn't relocated overseas.

It should also be noted, Gossip Cop busted the unreliable outlet in 2017 for falsely claiming Swift was getting back together with Harry Styles. Shortly after we debunked the report, the singer started dating Alwyn. It's fairly clear at this point that the publication doesn't know anything about Swift's personal life.

Mila Kunis, Ashton Kutcher 'Back On Track' After Marriage Problems?

Victoria Beckham Fighting With David Over Him Spoiling Their Kids?