Taylor Swift and Katy Perry are not racing each other to the altar, despite a false tabloid report. Gossip Cop can debunk the phony story. There's simply no truth to it. 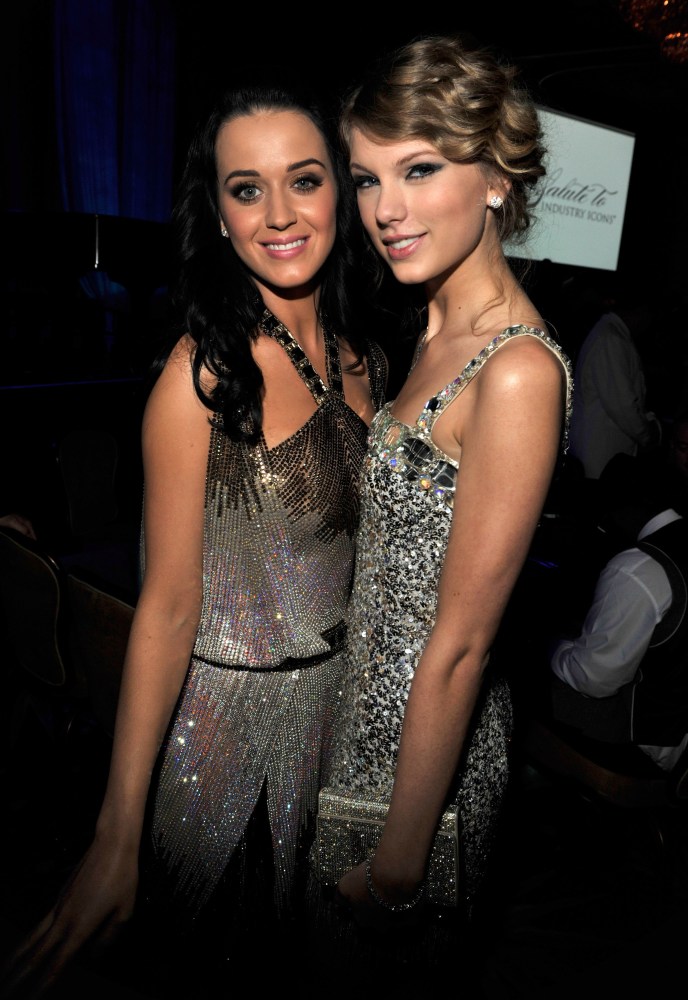 According to Star, Perry has been secretly engaged to boyfriend Joe Alwyn for a few months now, so she was furious when Perry announced her engagement to Orlando Bloom in February. A supposed source tells the magazine, "As much as Taylor has stepped back from the Hollywood spotlight recently, she won't be able to live with herself if her wedding is outdone by Katy. She's determined to walk down the aisle first and have her marriage be the one that everyone remembers."

The alleged insider goes on to say that Swift believes Perry heard about her so-called "secret engagement" and "deliberately rushed her own engagement to Orlando." The questionable tipster adds, "Friends have told Taylor that's crazy, since Orlando carefully planned his Valentine's Day proposal, but she's hearing absolutely none of it." The seemingly phony source further contends that Swift is now planning an over-the-top wedding in Nashville "and flying in her A-list friends on private jets from around the world."

The suspicious insider maintains that Perry has caught wind of the fellow singer's supposed plans, "which really set her off," so now she's determined to outdo her. From there, the purported tipster pretends to know how Bloom and Alwyn feel about the situation, saying they're both "shell-shocked" and "can't believe how their fiancées became more obsessed with each other than the guys they're going to spend the rest of their lives with."

Of course, it's highly unlikely that one "insider" would know so much about what's going on inside the heads of four separate people. That's because this entire storyline is fabricated. Gossip Cop checked in with a source in Swift's camp, who laughed off the tabloid's tale. The singer isn't secretly engaged to her boyfriend or planning a wedding. A mutual pal of ours and Perry similarly dismissed the article as nonsense.

The outlet's report seems to have been concocted based on the years-long feud between Swift and Perry, despite the two singers squashing their rivalry last year. After several years of tension, the two women set aside their differences when Perry sent the fellow singer a literal olive branch in the mail, which Swift shared on Instagram. Just last month, Perry said she's open to collaborating with Swift when asked about the possibility in an interview with "Entertainment Tonight."

Unfortunately, the gossip media has a habit of roping the two singers into false narratives. Last year, Gossip Cop called out a magazine for wrongly reporting that Swift and Perry were both moving to the same area of London to live with their British boyfriends. Neither pop star has relocated overseas.

Also last year, Gossip Cop debunked a bogus article about Swift replacing Perry as a judge on "American Idol." As time has proven, that didn't happen. This latest article about the two singers being in some sort of bride war is more fiction.