Tom Cruise and Katie Holmes are not working out a deal for the actor to reunite with estranged daughter Suri, despite a false tabloid report. Gossip Cop can correct the story. A rep for the actress says it's false. 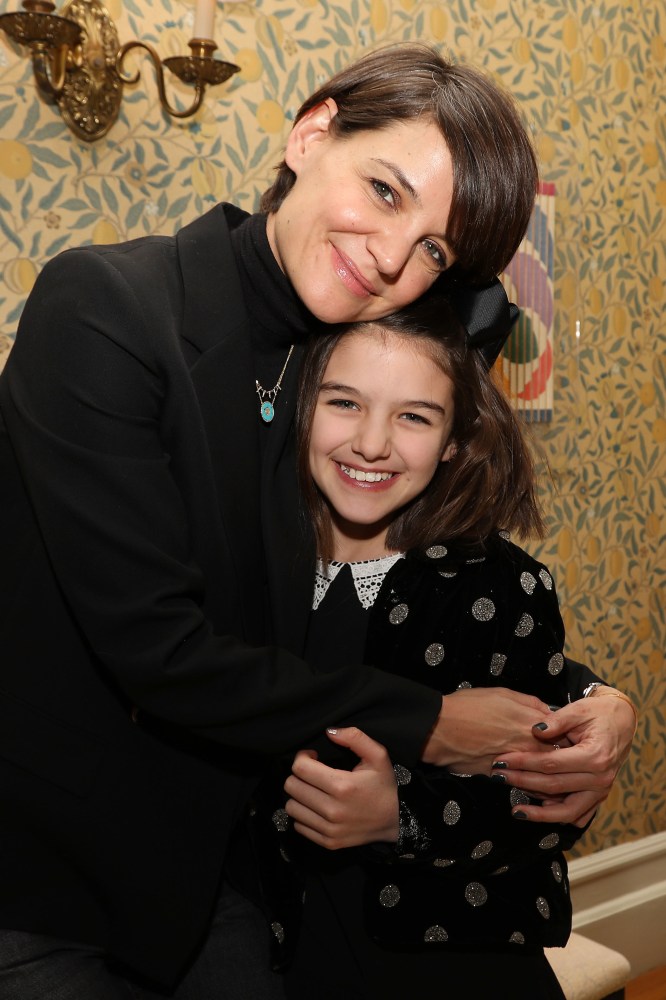 The movie star hasn't been in contact with his 12-year-old daughter for several years, but according to Star, he's hatching up plans for a reunion with the young girl. An alleged insider tells the magazine Cruise has been "rounding up his lawyers to find a way to see her again," but first needs to convince his ex-wife to sign off on the get-together.

The outlet's supposed source adds that when Holmes and Cruise settled their divorce in 2012, "she agreed to stay mum about [Scientology] as long as Tom didn't try to see Suri." The questionable tipster says Holmes is concerned that her ex-husband may try to "lure Suri back into the church if he starts seeing her again," but she's "slowly warming up to the idea of a reunion" because Suri misses he dad and Cruise "assured he won't bring religion into it."

The unreliable tabloid further contends that Holmes and Cruise's legal teams are currently in discussions to set up a meeting in London, but the actress's father, who's a lawyer, must be on hand for the reunion. "You can bet that Katie is going to make him jump through plenty of hoops," adds the seemingly phony source. "And Tom will!"

The magazine's account of events is coming from an anonymous and untraceable "insider," but Holmes' spokesperson is going on the record to refute the story. It's also worth noting, Star has proven to have zero insight into the relationship between the movie star and his daughter. Gossip Cop busted the publication earlier this year for wrongly reporting that Cruise was quitting Scientology to reunite with Suri. As time has shown, that didn't happen.

Last October, the magazine made up a story about Cruise asking the church of Scientology to allow him to visit Suri. The outlet's sister publication, OK!, has also been pushing this false reunion narrative for years. In December 2015, the tabloid falsely claimed that Cruise would be spending Christmas with his daughter. In April 2013, the magazine said he would surprise Suri by visiting her on her birthday.

These countless articles surrounding Cruise's supposed plans to reunite with his daughter never pan out. This latest report about the movie star getting his legal team involved is equally bogus.

Victoria Beckham NOT divorcing over false rumor David got teacher pregnant, despite report

Kate Middleton NOT "pregnant again" with baby no. 4, despite report