A tabloid is claiming to know all the details of Brad Pitt and Leonardo DiCaprio's "bromance." Although the two stars became friends after working together on Once Upon a Time in Hollywood, the magazine's article is mostly fiction. Gossip Cop can set the record straight. 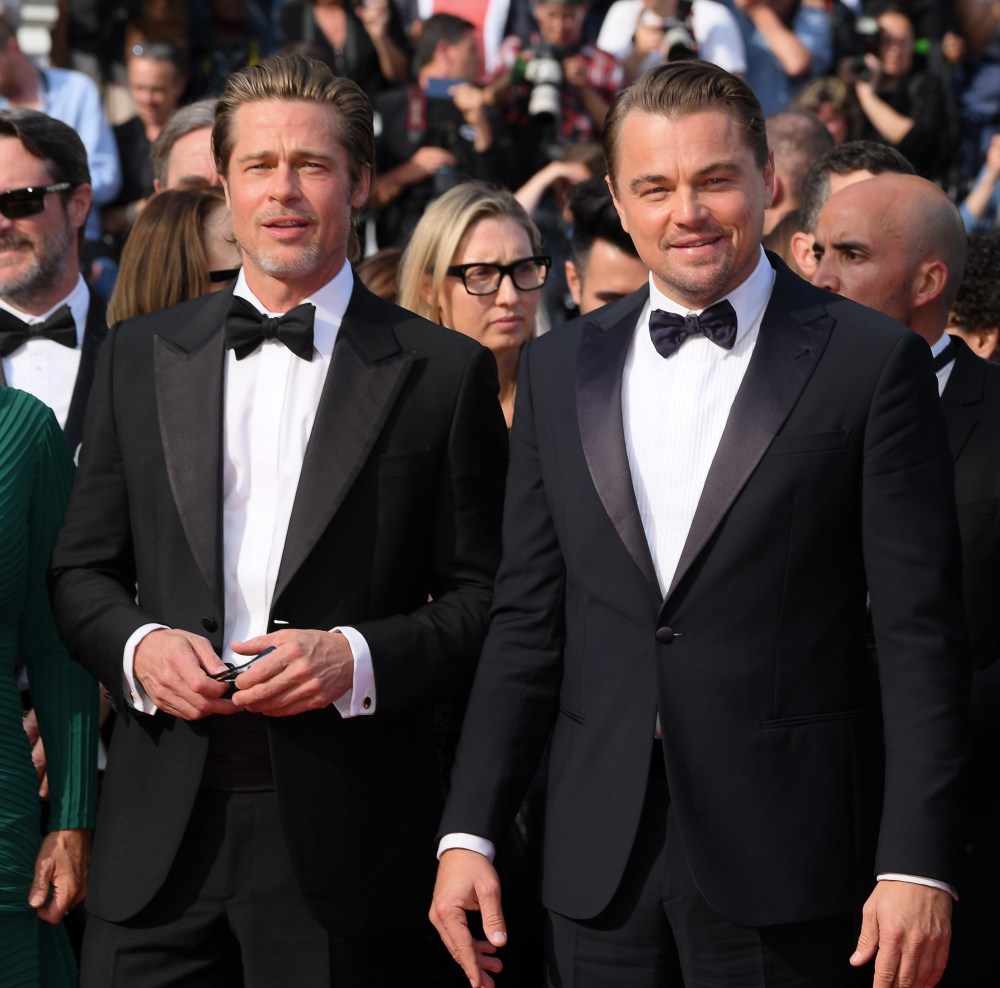 According to Woman's Day, Pitt and DiCaprio's friendship "has reached new heights" and the two have been attached at the hip since filming wrapped on their new movie. "Their boys' nights have become a regular occurrence, with Leo going over to Brad's for takeout and watching their favorite movies or playing video games," a supposed source tells the outlet.

The alleged insider further contends that DiCaprio is helping his co-star get back into the dating world following his split from Angelina Jolie. "It's still early days and Brad doesn't want to rush into anything while the divorce is still hanging over him, be he's excited to move on and Leo's given him the boost he needed to get back out there with the ladies," adds the questionable tipster.

Although the Once Upon a Time in Hollywood co-stars are certainly friends, the tabloid's take on their relationship is made-up. Gossip Cop checked in with a source close to Pitt, who tells us the outlet's report it totally "exaggerated." The two haven't been spending most of their nights ordering food, watching movies and playing video games together. In reality, both stars have spent the past several weeks on the press tour for their film.

As for the idea that DiCaprio has been assisting in his co-star's love life, that's simply not the case. People magazine, a much more reliable source for celebrity news than Woman's Day, recently reported that Pitt is "more focused on being a dad than on dating." The trusted publication noted that the actor "seems happy to focus on himself and his kids."

It's worth mentioning, Gossip Cop busted Woman's Day in May for painting a different picture of the dynamic between the actors. At the time, the tabloid falsely claimed DiCaprio was jealous of Pitt hitting it off with their other co-star, Margot Robbie. That contradictory article attempted to put the two stars in a rivalry, but there was no truth to it.

Back in November, Gossip Cop called out the magazine for making up a ridiculous story about Pitt setting DiCaprio up on a date with Jennifer Aniston. The Titanic star has been in a relationship with model Camila Morrone since 2017. The outlet clearly comes up with bogus storylines about the two actors on a whim. This latest premise involving their "bromance" might be more innocuous than some of the others, but that doesn't make it true.

Ben Affleck Learning From Jennifer Garner's Boyfriend How To Be A 'Better Parent'?