Is George Clooney gearing up for a presidential bid? That was the claim from a website exactly 12 months ago today. At the time, Gossip Cop poured cold water over the bogus rumor, noting Clooney has no aspirations for running for an elected office. 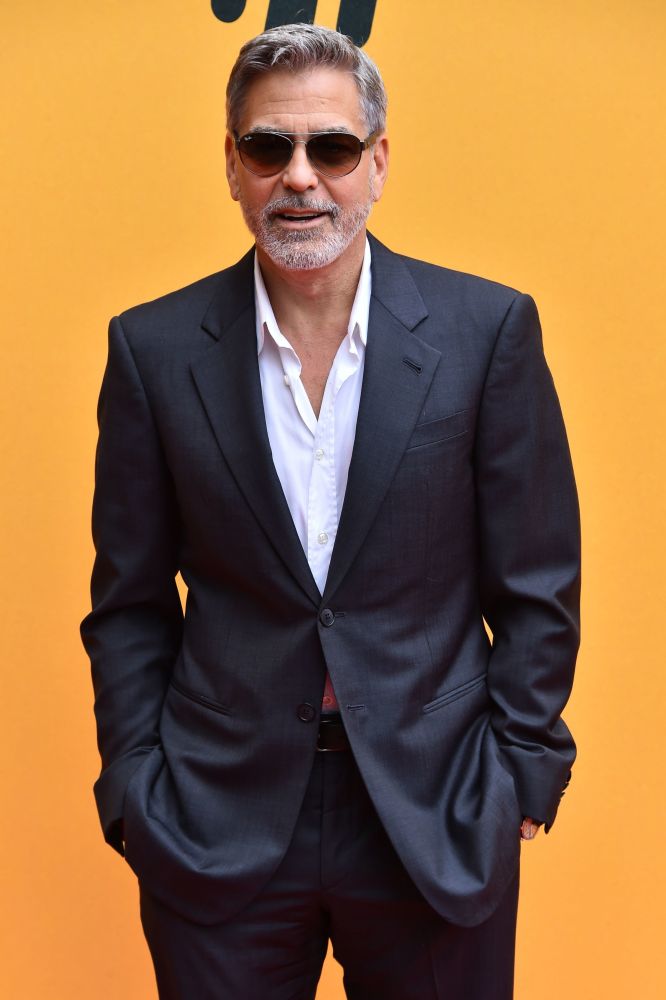 On June 8, 2018, the often debunked HollywoodLife maintained the actor's friends, most notably Julia Roberts, took Clooney aside when he was honored last June with AFI's Life Achievement Award, and told him he needed to "make a run for the White House." Among the many glaring errors with the outlet's story was that Roberts was not at the awards presentation, so she clearly did not talk to him about throwing his hat into the ring for the 2020 presidential election. Considering how factually untrue the Roberts angle was, it was hard to believe anything else in that article from HollywoodLies, as the site is sometimes known.

The blog's premise also defied everything the actor has publicly stated about running for president. And there's no reason to believe Clooney's pals aren't familiar, at this point, with his stance on becoming a politician. Basically, HollywoodLies made up the article, and was very sloppy at it as well.

The truth, which the outlet ignored, is that Clooney feels celebrities shouldn't run for president. The actor made that point while taking a swipe at Donald Trump during a 2017 interview. Clooney explained that we currently have someone in the White House who has a star on the Hollywood Walk of Fame, but what we need is "someone who knows how to make policy."

Equally bad is that the website's narrative wasn't even original. Two months before HollywoodLies manufactured its tale, Gossip Cop busted a tabloid that falsely contended Clooney was running for president in 2020, and had already cleared his schedule to make it happen. Of course, last year he was busy working on "Catch-22."

Fortunately for HollywoodLife, the only way the claim could have been more wrong is if it had alleged Clooney was running for president while divorcing a pregnant Amal. Oh wait, Star actually concocted that crazy premise for a cover story just two months ago. Gossip Cop won't even rehash that fabricated nonsense.

Simply, the Oscar-winner has never changed his mind about having a political career. For years, Clooney has said he doesn't want to run for office. While promoting the 2015 movie Our Brand Is Crisis, which he produced, Clooney responded to speculation about him making a bid for higher office by declaring, "The answer is just no."

The reality is Clooney's friends haven't asked him to run for president. It was nothing more a fictitious angle HollywoodLies crafted 365 days ago. Back then, a source in his camp assured Gossip Cop it was untrue, and it's even more obvious now how the entire tale was a lie.

From time to time, Gossip Cop revisits an article from a year ago to see how it's held up over time. That one did not. In fact, arguably it's become even less believable with each passing day. The hope is that the more readers know about different blogs, such as HollywoodLies, the better informed they'll be about which outlets that can and cannot rely on for accurate information.

Miley Cyrus, Liam Hemsworth 'Back On Track' After Marriage Problems?

Justin Theroux Getting 'Too Close' To Jennifer Connelly?