What ever happened to Julia Roberts' baby? Nine months ago, one of the celebrity magazines was so confident that Roberts was pregnant that it published a cover story about her expecting a fourth child with husband Danny Moder. At the time, Gossip Cop reported the claim was wrong, and now three trimesters later it's clear the 51-year-old Oscar-winner was not pregnant again nor did she deliver a baby. 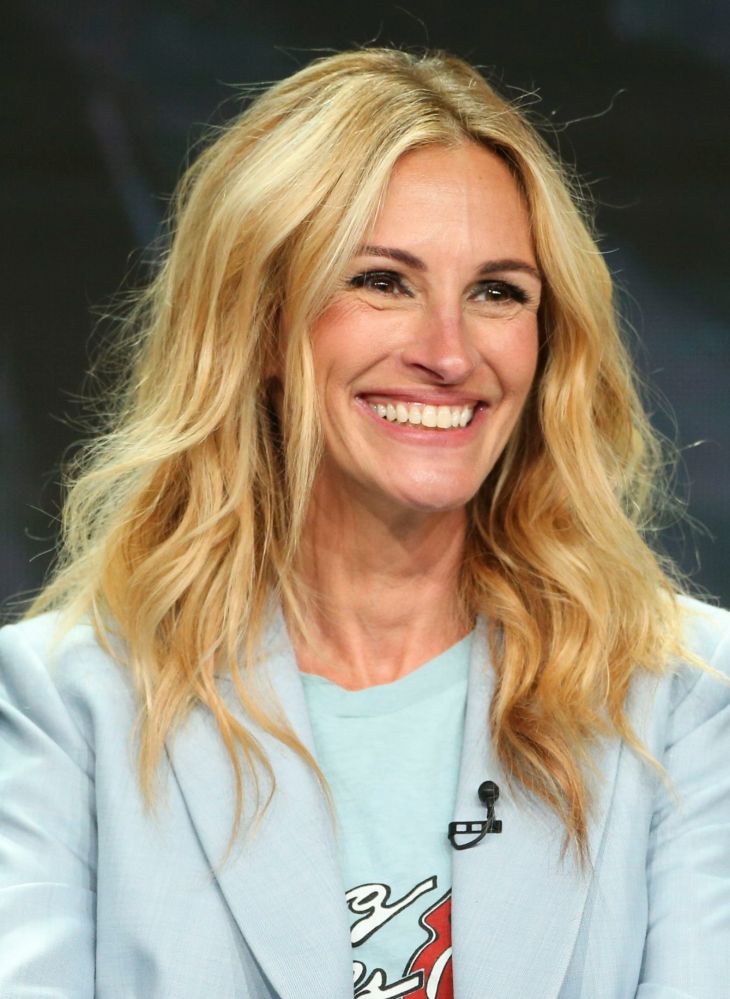 In July 2018, OK! exclaimed on its front page (below) how Roberts was having a "miracle baby" after a two-year "IVF struggle." In addition to falsely contending it had photos of the baby's nursery, the tabloid alleged Roberts and Moder were expanding their family in a desperate attempt to save their marriage, which was in "crisis mode." An anonymous and possibly made-up "source" was quoted as saying the actress "threatened divorce," but felt if they had "another baby" it would help her and Moder's relationship. According to the almost assuredly phony tipster, it worked because the supposed baby Roberts was carrying nine months ago helped the actress remember "how much she loves" her husband.

As Gossip Cop noted when we first debunked the cover story, Roberts was not pregnant. Nor was she looking to have another baby under any circumstances. During a 2013 appearance on "Late Show," Roberts denied to David Letterman pregnancy rumors, explaining there was "no" chance of her having a fourth baby.

Also, the subplot about her and her husband hoping a baby would fix their broken marriage was wholly untrue. The reality is their relationship was and remains perfectly fine. Just a few months later, Roberts told Oprah Winfrey in an interview for Harper's Bazaar that there was "so much happiness wrapped up" in their marriage. And if actions speak louder than words, clearly there are no issues in the love department, as exhibited by the photo Roberts posted to Instagram after the Golden Globes Awards this past January, featuring the actress kissing Moder while at In-N-Out Burger.

Significantly, while the tabloid tried to continue pushing for a few more months the bogus narrative about Roberts divorcing Moder and moving out of their home, it completely abandoned its storyline about her being pregnant. Eventually, the often discredited magazine also had to drop talk of them divorcing. A few weeks ago, the outlet actually tried to cover up its prior mistakes with a piece about how Roberts and Moder got their marriage "back on track" after a getaway in Alaska with their three kids.

Consumers often buy magazines for what's on the cover. In this instance, readers were duped into forking over $6 in July 2018 for an entirely fictitious tale about Roberts being pregnant with a "miracle baby" in her fifties. The story was nothing more than a collection of lies. What's particularly troubling is that since the time Gossip Cop busted the report, and now that it's unquestionably untrue nine months later, OK! has not published an apology or correction. Perhaps the real "miracle" will be believing that tabloid's future articles about Roberts personal life.

Angelina Jolie Feels 'Resentment' Towards Brad Pitt For Putting 'Career Aside' For Him?