Get those midnight memories ready! It's been 10 years since one of the biggest boy bands in music history — One Direction — was created. That's right, it's been a full decade since Niall Horan, Harry Styles, Zayn Malik, Liam Payne and Louis Tomlinson were put together on Britain's "The X Factor" in the summer of 2010. The group quickly catapulted themselves from reality show rejects — they came in third on the talent competition show — to one of the biggest music crazes since The Beatles, selling more than 70 million records worldwide. Teens around the globe went nuts for the five guys, and everyone had a favorite (Liam stan here!), and the mere sight of them sent millions into hysterics. Then teens themselves, the boybanders were inescapable at the height of their popularity, with five albums, a big-screen documentary and every endorsement and piece of merchandise known to man. The group announced their hiatus in 2016 and have since each experienced varying degrees of success as solo artists. To celebrate the 10th anniversary of 1D's formation on July 23, 2020, join Wonderwall.com as we take a look at how the boys have changed…

Niall Horan, Harry Styles, Zayn Malik, Liam Payne and Louis Tomlinson all auditioned as solo contestants for the seventh season of the hit British singing competition "The X Factor" in 2010. The boys all thought they were being eliminated until judge and show creator Simon Cowell gave them the news they would be continuing — as a group. The newly formed boy band spent two weeks together before Harry came up with the name One Direction. 1D only came in third on the show but gained enough popularity on social media for Simon to sign them to a multimillion-dollar recording contract. Within a year, they'd released their first single, "What Makes You Beautiful," a debut album, "Up All Night," and embarked on their first tour. It only took that long for One Direction to become a pop culture phenomenon: They remained the biggest boy band in music until their hiatus in 2016. The lives of the five singers have never been the same.

RELATED: Things you don't know (but should!) about Harry Styles

Harry Edward Styles blew the judges away at "The X Factor" auditions with his rendition of Stevie Wonder's "Isn't She Lovely." Only 16 at the time, Harry was set to become one of pop music's biggest heartthrobs. He's also credited with being the brains behind the name One Direction.

After One Direction announced that they were taking a break, Harry Styles signed a solo deal with Columbia Records. In 2017, the Redditch, England, native released his self-titled debut album — a mix of soft rock, Britpop and pop that was nothing like 1D's sound — which topped the charts in 14 countries and spawned the massive single "Sign of the Times," which hit the top 10 in more than 25 countries and was named "Song of the Year" by Rolling Stone. That same year, Harry made his acting debut in Christopher Nolan's war epic "Dunkirk." He reportedly beat out more than 100 other candidates who auditioned for the role. Harry released sophomore album "Fine Line" in 2019 to worldwide acclaim and broke the record for biggest debut from a British male artist in America. The album includes hits "Adore You" and "Watermelon Sugar," which each cracked the top 10 in both the U.S. and the U.K. Outside of music, Harry's drawn raves for his work guest hosting both "Saturday Night Live" and "The Late Late Show with James Corden." He also executive produced the short-lived sitcom "Happy Together" and modeled for Gucci. Harry even recorded a sleep story for meditation app Calm in 2020. The heartbreaker dated late TV presenter Caroline Flack in 2011, had a much-discussed relationship with Taylor Swift in 2012 and a longer romance with model Camille Rowe in 2017. Since then, the notoriously private star has kept his love life under wraps.

Niall James Horan first made a splash on "The X-Factor" with his cover of Ne-Yo's "So Sick." The then-16-year-old student from Mullingar, Ireland, had taught himself how to play guitar by following YouTube tutorials and pursued singing at the request of his family.

Niall Horan signed a solo deal with Capitol Records in 2016 and released his debut single, "This Town," that same year. He followed it up with "Slow Hands" in 2017, which became a massive hit on both sides of the Atlantic, selling more than 3 million copies in the U.S. alone. His first album, "Flicker," was released in October that year and debuted at No. 1 in America and was eventually certified platinum with over a million copies sold. Niall released his second album, "Heartbreak Weather," in March 2020 and it debuted at No. 1 in Britain. Unfortunately, due to the coronavirus pandemic, the singer-songwriter had to cancel his tour planned for 2020. Music isn't the only thing keeping him busy, though. Niall launched a golf management company, Modest Golf, in 2016 and in 2019, the brand earned its first European tour win when Italian golfer Guido Migliozzi won the Kenyan Open. Niall was briefly linked to singer Ellie Goulding in 2013 and had romances with model Barbara Palvin in 2014 and singer-actress Hailee Steinfeld from 2017 to 2018 and even had a rumored entanglement with Selena Gomez. In the summer of 2020, he was spotted on social media with designer shoe buyer Amelia Woolley.

Zain Javadd Malik — who these days is better known by just Zayn — first set hearts aflutter on "The X Factor" with his version of Mario's "Let Me Love You," but he almost didn't go through with the audition. The Bradford, England-raised singer didn't want to go due to nerves but his mom, thankfully, coerced him into it.

Zayn made headlines when he decided to leave One Direction in March 2015 in the midst of the group's "On The Road Again" world tour. Zayn, 27, denied any any rumors of a rift with the group, citing his desire "to relax and have some private time out of the spotlight" as the reason he walked away. In July that same year, Zayn announced he'd signed a solo deal with RCA Records. His first solo single, "Pillowtalk," was released in early 2016 and was followed with a steamy music video featuring girlfriend Gigi Hadid. The track debuted at No. 1 in the U.K., Australia and the U.S., making Zayn the first British artist to start at the top in the States with a debut single. His first album, "Mind of Mine," was released one year to the day that he left 1D and was certified platinum in America. By the end of 2016, Zayn had also released a hit duet with Taylor Swift, "I Don't Wanna Live Forever," off the "Fifty Shades Darker" soundtrack. The singer has struggled to maintain the same level of success since, with subsequent collaborations with Sia, Timbaland and Nicki Minaj failing to make as much of an impacat. His second album, "Icarus Falls," came out in 2018 and didn't even crack the top 50 in the U.S. or the U.K. Zayn made name for himself in the fashion world by collaborating on lines with Versace, Giuseppe Zanotti and The Kooples. The star had a high-profile engagement to Little Mix singer Perrie Edwards from 2013 to 2015 before becoming half of an "It" couple with supermodel Gigi. The on-off pair even appeared on a 2017 cover of Vogue together . In April 2020, Gigi revealed they are expecting their first child together.

Liam James Payne first auditioned for "The X Factor" in 2008 at 14 years old and wowed the judges (including future flame Cheryl Cole) with a performance of Frank Sinatra's "Fly Me to the Moon." After being eliminated as a solo artist, he returned two years later and secured a spot in One Direction.

Liam Payne announced he'd signed a solo recording deal with Republic in 2016, and his first single, "Strip That Down," came the following year. The Ed Sheeran-penned track featuring Quavo became a worldwide smash, selling over 3 million copies in the U.S. alone. A duet with Rita Ora titled "For You" off the "Fifty Shades Freed" soundtrack became a U.K. success the next year. However, follow-up collaborations with Zedd, J Balvin and French Montana failed to take off. In 2018, the Wolverhampton, England, native released his debut EP, "First Time," but his first album didn't come until late 2019. The collection titled "LP1" didn't make a major dent on the charts — it made it into the top 20 in the U.K. but landed at No. 111 in the States. In 2020, Liam put out a collaboration with DJ Alesso, launched a weekly YouTube series and hosted a livestreamed concert for fans called "The LP Show." The singer made headlines for his relationship with singer and former "X Factor" judge Cheryl Cole. The pair met when the 1D star first auditioned for the show in 2008 at 14 but didn't date until 2016. The couple had a son, Bear, in 2017 before breaking up the next year. Liam had a fling with supermodel Naomi Campbell in 2019 before confirming he was dating model Maya Henry.

Louis William Tomlinson first auditioned for "The X-Factor" in 2009 but failed to make it past the producers' audition. Not letting defeat stop him, the Doncaster, England, singer returned the following year at 18 and impressed the judges with a cover of "Hey There Delilah" by the Plain White T's.

Soon after 1D announced their hiatus, Louis Tomlinson released a collaboration with DJ Steve Aoki titled "Just Hold On." The emotional track, dedicated to his late mother, became a major hit in the U.K. and on the U.S. dance charts. He signed a recording contract with Simon Cowell's Syco Music and released "Back to You" alongside Digital Farm Animals and Bebe Rexha in 2017. The single did well on the charts but Louis struggled follow it up with another success. In 2018, he moved to the other side of the table and joined Simon as a judge on the 15th season of "The X Factor." Louis left the reality competition show after one season to focus on music. His debut album, "Walls," came out in January 2020 and reached the top 10 on both sides of the Atlantic. However, Louis had left Syco Music by the summer, though assured fans he was still working on new material. The soccer fan joined professional football club the Doncaster Rovers in England for the 2013-2014 season, working around his 1D commitments. Louis began dating Eleanor Calder in 2011 and while the the two were on a break in 2015, the star had a child with stylist Briana Jungwirth. Louis and Eleanor reunited in 2017 and are still a couple. 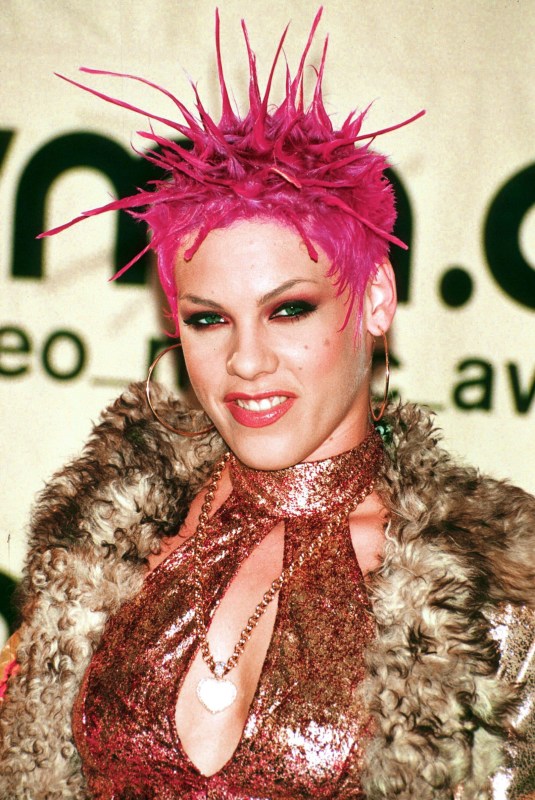