Join Wonderwall.com as we take a look back at what some of our all-time favorite rockers looked like during their early years in the music business, starting with this American icon… Bruce Springsteen, is that you?! The Boss was just a baby when he posed for this portrait circa 1970. He would've been in his early 20s at the time. (He dropped his debut studio album, "Greetings from Asbury Park, N.J.," in 1973.) Now keep reading for more…

We see now where all those Harry Styles comparisons come from! Mick Jagger is a dead ringer for the former One Direction singer in this snap taken outside an airport in London in 1964 — the same year his band released their debut studio album. The Rolling Stones frontman was just 20 at the time.

The Prince of Darkness didn't look so dark while posing in London in 1975. Black Sabbath frontman Ozzy Osbourne was in his late 20s in this baby-faced snap!

In this shot from 2001, Travis Barker is a few tattoos short of the artist we know and love today! The blink-182 drummer was in his mid-20s at the time. Three months earlier, the trio released their hit "Take Off Your Pants and Jacket" album.

We barely recognize Stevie Nicks in this portrait from 1978! At the time, the Fleetwood Mac singer was already 30 and more than a decade into her career. The band's magnum opus, "Rumours," actually debuted the previous year.

Keith Richards was just old enough to drink legally in the United States in this snapshot from 1964 — the year the Rolling Stones guitarist turned 21 and his band released their debut studio album.

We'd recognize the late, great David Bowie anywhere — at any time! Ziggy Stardust was still a teenager in this portrait from 1964. It would be three more years before his self-titled debut studio album dropped.

Iconic! Lenny Kravitz, who was in his early 20s at the time, wore his hair in dreadlocks while rocking out circa 1988. (His debut studio album, "Let Love Rule," dropped in 1989.) In 2018, he told GQ of his signature 'do from early in his career, "That was who I was, that's what Lenny Kravitz was." He also revealed that it was ex-wife Lisa Bonet who cut off his locks. "It was very freeing, at that time," he said. "It was a trip to be able to let that go and continue, without this thing that people identify you with. And it's good to do that — challenge your own image and how people identify you."

The hair! The makeup! The floral-print skin-tight pants! This is how we'll always remember Tommy Lee. The Mötley Crüe drummer was just 22 when he posed for this portrait in Tokyo in the summer of 1985, a month after his band released their "Theatre of Pain" album.

He was just a baby! In mid-1982 — a few years before he joined Guns N' Roses — a 16-year-old Slash was photographed playing with his very first band, Tidus Sloan, during a lunch break at Fairfax High School in Los Angeles.

Aww! Nirvana drummer Dave Grohl was still in his 20s when he posed for this portrait sometime in the early '90s. (Nirvana frontman Kurt Cobain died in April 1994, a few months after Dave turned 25.)

Joan Jett sported her signature shag 'do and a whole lot of attitude while performing with The Runaways in London in October 1976 — a month after her 18th birthday and four months after the all-female band dropped their self-titled debut studio album.

The world lost Prince far too soon, and yet the iconic artist appeared practically immune to aging. He looked nearly the same performing in New York City in 1981 as he did when he died at 57 in 2016.

With his long mane of hair and extra-wide grin, Steven Tyler is unmistakable anywhere, anytime! The Aerosmith frontman was in his late 20s in this snap from 1976.

Behold: An extremely rare photo of Gene Simmons without his iconic KISS makeup from early in his career! The Demon was in his early 30s when he was snapped looking fresh-faced in Munich, Germany.

Pat Benatar rocked a spectacularly late-'70s ensemble during a portrait session in Los Angeles in late 1979. She was 26 at the time and had just dropped her debut studio album, "In the Heat of the Night," a few months earlier.

Unforgettable! The late, great Eddie Van Halen rocked long hair and a piercing stare in this portrait from late 1978 — the same year his band, Van Halen, dropped their self-titled debut studio album. He was 23 at the time.

Is it any wonder he won Gwen Stefani's heart?! Gavin Rossdale smoldered in this snap from 1996, the year his band Bush dropped their sophomore album, "Razorblade Suitcase" — the same year the English rocker turned 31.

That hair! Eric Clapton was in his early 20s when he was snapped with a female companion during a photo shoot with his band, Cream, sometime in the late 60s. (He was just 23 when the band's final album, "Goodbye," dropped in early 1969!)

Alice Cooper dropped his shock-rock persona for this 1973 portrait. He was in his mid-20s at the time.

We probably wouldn't have recognized a baby-faced Anthony Kiedis if it weren't for his armband tattoo. Surprisingly, the young-at-heart Red Hot Chili Peppers frontman was nearly 30 when he attended the premiere of Oliver Stone's "JFK" in late 1991 — three months after his band's hit song "Give It Away" dropped.

Who's that girl? It's Debbie Harry! The Blondie frontwoman was in her early 30s when she was pictured smiling wide following a performance in New York in 1978 — the same year her band's "Parallel Lines" album dropped.

Matt Bellamy sure has grown up since this portrait from the year 2000! The Muse frontman was in his early 20s at the time, and his band was fresh off dropping their debut studio album, "Showbiz," the previous year.

A baby-faced Shirley Manson looked ready to rock in this portrait from 1996. The Garbage frontwoman was about 30 at the time. Her band had just released their self-titled debut album the previous year.

Be still our hearts! The late, great Chris Cornell looked too cute during a portrait session in New York City in late 1989, the year his band Soundgarden released their sophomore album, "Louder Than Love." The singer, who was 25 at the time, later fronted an equally popular group: Audioslave.

Quick reminder that Jimmy Page hasn't always had white hair! In 1996 — two years before he founded Led Zeppelin — the guitarist rocked a mop of brunette locks during a portrait session with his first band, The Yardbirds, in the Detroit area. He was just 22 at the time.

Van Halen frontman David Lee Roth was all hair in this portrait from October 1978, the same month he turned 24. Earlier that year, his band dropped their self-titled debut studio album.

Bret Michaels without a bandana?! Yep! The Poison frontman went without his signature accessory while performing with his band in late 1988, the same year they released their hit sophomore album, "Open Up and Say… Ahh!" He was 25 at the time.

How does Ronnie Wood somehow look exactly the same now as he did back in 1973?! The Rolling Stones rocker was in his mid-20s in this portrait.

Joe Perry posed for a portrait in his mansion in Chestnut Hill, Massachusetts, in September 1979 — the same month the Aerosmith guitarist turned 29. Two months later, the band dropped their "Night in the Ruts" album. Joe only recorded half of it, though: He left the group earlier that year amid a feud with his bandmates. (He ultimately returned five years later.)

Nikki Sixx rocked long hair and a whole lot of guyliner during a portrait session in Tokyo in July 1985 — a month after his band released their "Theatre of Pain" album. The Mötley Crüe bassist was 26 at the time.

Which rock star was front and center during a funeral-themed photoshoot with one of his earliest bands, The Hentchmen, in Detroit in 1998? Jack White, who was in his early 20s at the time. The following year, he and Meg White released their debut self-titled studio album as The White Stripes. 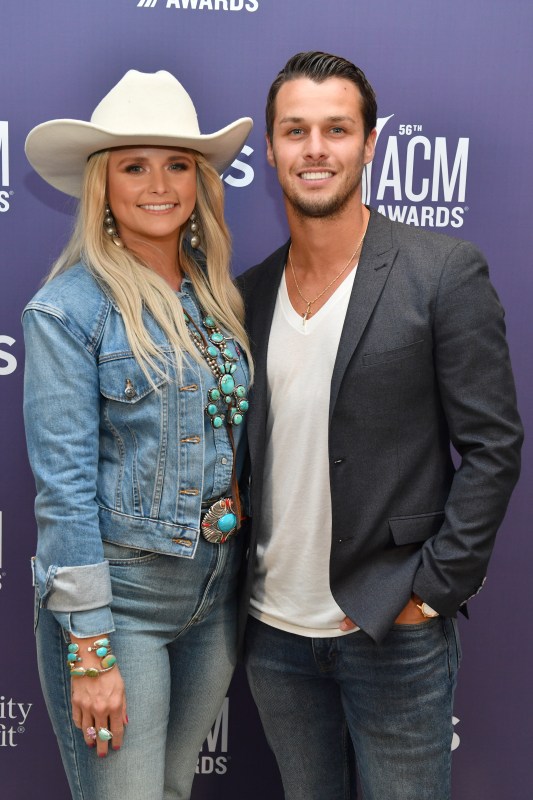 Up Next ACM date night