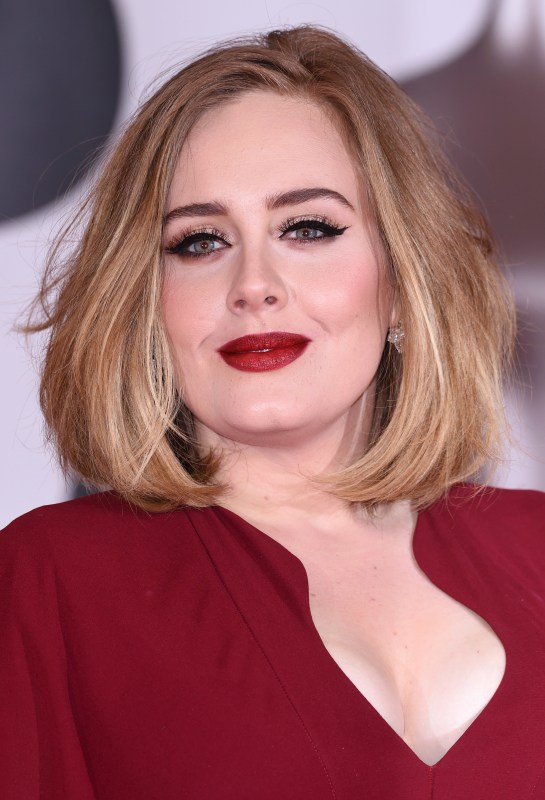 Adele is NOT "panicked" that her entourage might miss Sunday's Grammy Awards due to the East Coast snowstorm, despite a made-up webloid report. Gossip Cop can exclusively debunk this claim. We're told it's "not true."

"Grammys Ruined For Adele! Singer Stranded Without Her Team," blares a new RadarOnline headline. The accompanying article goes on to purport that the singer is "freaking out" because she's alone in Los Angeles while her crew is snowed in out east. A so-called "source" tells the site, "Adele is panicked that her team will not make it out in time. Some key players were scheduled to fly west tomorrow but have just been cancelled by the airline."

The outlet's dubious insider adds, "With so many cancellations it looks like the show will have to go on without them." But despite many flights having been cancelled on Thursday morning, the worst of the storm has since passed, and many airlines have resumed service as of the afternoon. Additionally, it's expected that the airports will be fully operational again by Friday morning.

Regardless, Gossip Cop checked in with a reliable source close to Adele, who exclusively assures us that the singer isn't concerned about the blizzard "ruining" the Grammys for her, and the claim otherwise is simply "not true." This is simply a non-story.