The tabloids have been making up stories about Angelina Jolie's love life ever since her 2016 split from Brad Pitt. The most common practice is to romantically link the actress to a random male celebrity. Gossip Cop now looks back at five recent wrong dating rumors. 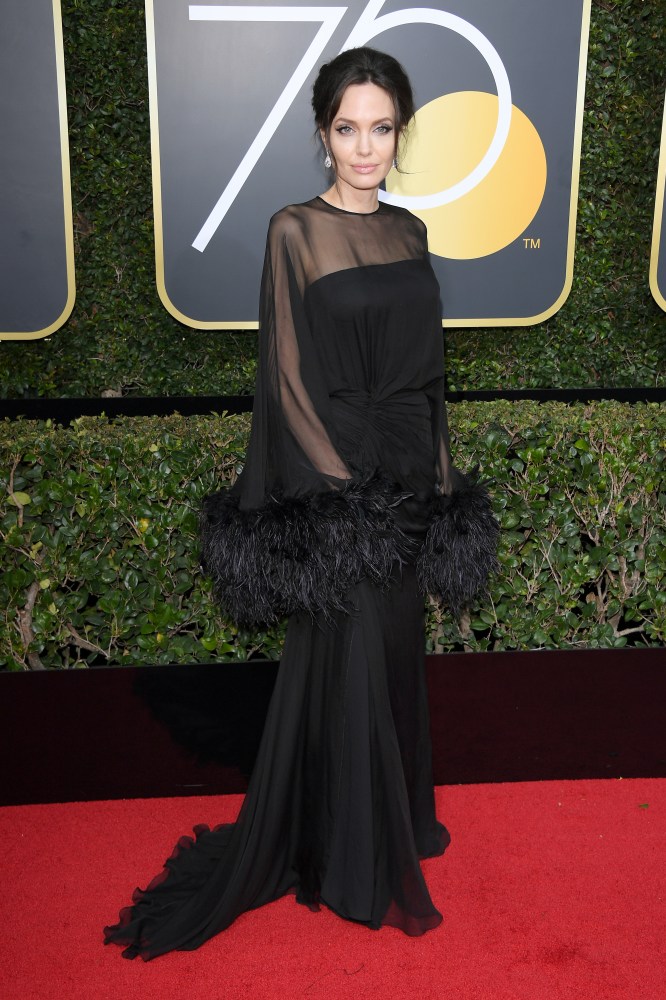 In April, Gossip Cop busted OK! for falsely claiming the actress was pursuing Channing Tatum following his split from Jenna Dewan. It was alleged that Jolie saw the actor as "a hot new romantic prospect" and had asked her team to set up a date between them. Of course, the two were never spotted out together. Around the same time Gossip Cop debunked the story, People reported that Jolie "has no interest in dating at all."

Earlier that month, RadarOnline fabricated a story about Ethan Hawke's wife being jealous of his "flirty friendship" with Jolie, who co-starred with the actor in the 2004 thriller Taking Lives. The magazine claimed the two were "trading texts" and the actress would "get butterflies" whenever she saw his name pop up on her phone. Only, Hawke revealed in a previous USA Today interview that aside from the occasional "Christmas card," he and Jolie haven't really kept in touch since working together.

Gossip Cop called out RadarOnline in March for falsely claiming Jolie was developing a romance with Garrett Hedlund, who starred in her 2014 war drama Unbroken. It was said the two were frequently texting one another and setting up plans to go to dinner. A rep for Hedlund, however, exclusively assured us the story was completely untrue. As time has shown, the two aren't a couple and haven't been spotted together, either at dinner or anywhere else.

Woman's Day made up a story in January about Chris Hemsworth setting up a date between Jolie and his Thor co-star Tom Hiddleston. The outlet said that the actress was complaining about her love life while sitting next to Hemsworth at the Golden Globe Awards, so he offered to set her up with Hiddleston and she agreed. "They are talking about doing dinner together in LA," said a questionable source. Both Jolie and Hiddleton's camps assured Gossip Cop at the time the story was made-up. Obviously, the famous pair was never spotted in LA together. Also, the report had come on the heels of a People article noting Jolie "isn't dating anyone and won't be for a very long time."

And finally, we go back to Hemsworth. Shortly before the actress was wrongly linked to the actor's Thor co-star, NW claimed she had "fallen hard" for Hemsworth instead. The bogus article was written simply because the two happened to have been seated next to each other at the Golden Globes. The story was totally absurd, and Hemsworth remains happily married with three kids.

As opposed to dating, Jolie has been entirely focused on her six kids and her career in the wake of her breakup. As noted above, the actress's love life isn't a priority for her at the moment. The tabloids have simply been looking for opportunities to set her up with various male celebrities, but there's been no truth to these countless dating rumors.

Scott Disick NOT "devastated" over Sofia Richie split, despite claim

Ben Affleck, Jennifer Garner NOT "together again" in the gym, despite report

Charlize Theron NOT "desperate for a date," despite report