There have been many false tabloid stories about George Clooney and Amal Clooney having another baby, despite the parents of twins having no desire to do so. Gossip Cop has debunked many bogus reports surrounding the couple's family plans. Here are five wrong rumors. 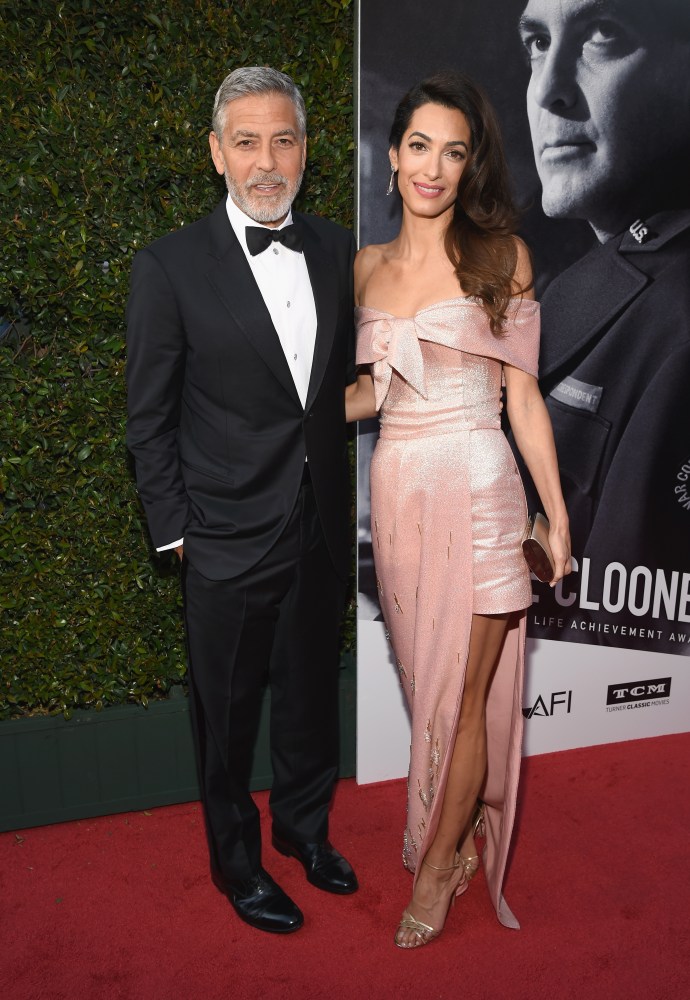 Just last week, Gossip Cop called out Heat for wrongly reporting that the Clooneys were adopting a baby girl. The outlet provided virtually zero details about the couple's supposed adoption plans, such as which country they were considering and how far along they were in the process. Regardless, George himself told "Extra" in 2017 that he's not having more children. When asked in an interview with the entertainment show if he's "done at two," the actor vehemently responded, "Done!"

Earlier this month, Gossip Cop busted the Globe for falsely claiming that the actor and the human rights attorney had called off a supposed divorce and decided to have another baby through IVF. An alleged source told the outlet, "Amal is aiming to be a mom again by mid- to late 2019." The story was wrong on many levels. For starters, the happy spouses were never on the verge of a split. In fact, George and Amal stepped out for a date night in New York City just weeks before the article was published. As for a third child, Amal told the Hollywood Reporter in September 2017 that she's done having kids. When asked if she plans to expand her brood, the lawyer shook her head and said, "I'm 39. I already had them quite late."

Last month, Gossip Cop debunked an OK! story about the Clooneys having a second set of twins. The magazine said the human rights lawyer was at least three months pregnant with two more babies, but had no evidence to back up the claim. Around the same time the story emerged, Amal was photographed at a United Nations event in New York City, and she had no sign of a baby bump. That remains the case.

Gossip Cop busted the Globe last October for alleging that George was divorcing his wife while she was pregnant with their third baby. The tabloid maintained that the actor was fed up with his wife's "demanding behavior" and "superior way of speaking," so he was filing for divorce despite her expecting another child. Neither premise was remotely true. Far from feeling belittled by his wife, George jokingly introduced himself as "Mr. Amal Clooney" at Variety's annual Power of Women luncheon last year. Regardless, the passage of time has also disproven even aspect of the tabloid's phony report.

And finally, Gossip Cop called out OK! last July for falsely claiming that the spouses were fighting over having another baby. According to the magazine, the human rights lawyer wanted one more child, but her husband wasn't on board with the idea. In reality, the couple is on the same page when it comes to not having more kids. Last year, Amal said in her Vogue cover story that "balancing motherhood and a career is a work in progress." The busy spouses are happy with just the twins.

Katie Holmes Getting In Shape For Jamie Foxx Wedding?