When the tabloids aren't making up stories about Jennifer Aniston's personal life, they're printing falsehoods about her professional life. And even then, there's sometimes an overlap. Below, Gossip Cop looks back at five wrong rumors about Aniston's movie career. 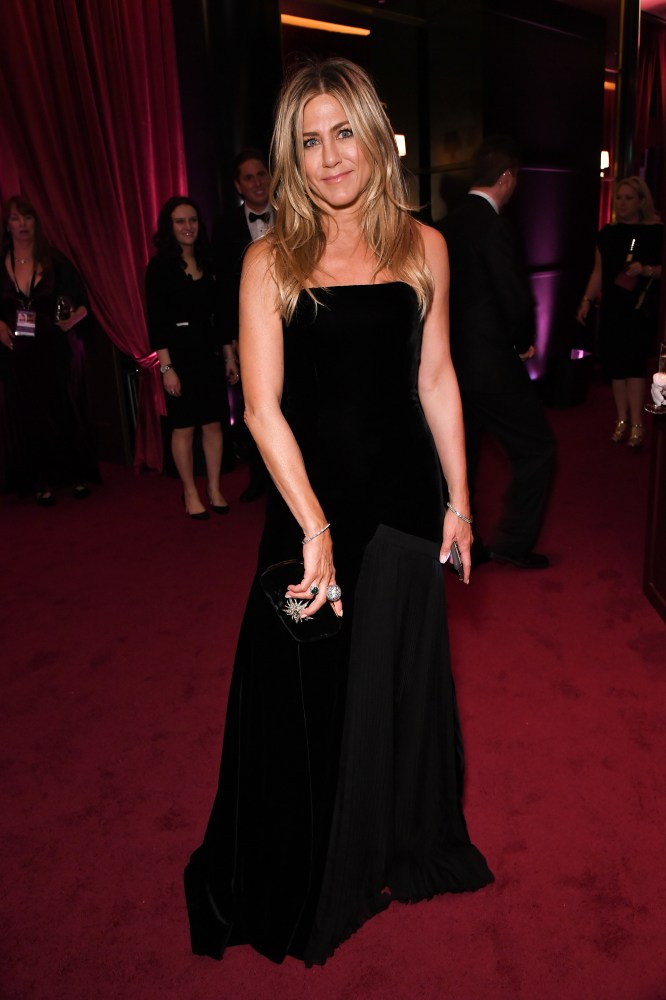 In 2014, Star claimed Aniston signed a deal for a "Friends" reunion movie. The tabloid alleged the actress and former co-stars Courteney Cox and Lisa Kudrow had been seen toasting to the purported project while dining at the Sunset Tower Hotel. The film was said to include a "possible $5 million payday for each cast member," yet the magazine had no specifics on the movie itself, such as what the plot would be or when production would start. That's because the story was entirely manufactured. When Gossip Cop inquired, reps for Cox and Kudrow laughed off the tale, while Aniston's spokesperson flat-out said it was "not true." There have, of course, been numerous rumors over the years about getting the stars back together on the big or small screens, but just this month, "Friends" co-creator David Crane said a reunion will "never happen."

The following year, OK! peddled an article contending Aniston was going to play Jon Voight's daughter in an upcoming movie. The role was described as Aniston's "juiciest yet," with the outlet of course pointing out that Voight's real-life daughter is Angelina Jolie. Aniston was said to find the alleged casting "strange," but also supposedly saw it as a "win-win," because it would "create incredible buzz" and "most likely annoy" Jolie. Unsurprisingly, the publication couldn't name the purported project, and actually had no specific information whatsoever aside from claiming Voight and Aniston would be a father-daughter duo. So Gossip Cop investigated with Voight himself, who told us he "never heard" of the purported project. And sure enough, he and Aniston never ended up teaming up in any capacity.

In 2016 it was Jolie herself who was said to be potentially collaborating with Aniston after they supposedly received a "movie offer" for a joint film. A so-called "producer" was quoted by In Touch as saying, "The project has been touted as a take on Bette Davis and Joan Crawford's What Ever Happened To Baby Jane?, which of course made headlines because the two women were infamous enemies." The tabloid claimed Jolie previously "laughed" at the idea of working with Aniston, but now it was allegedly a possibility in the wake of her split from Brad Pitt. Gossip Cop, however, learned that neither star was actually considering making a movie together. And while Aniston has worked with a number of fellow actresses since then, her purported "enemy" hasn't been on of them. Meanwhile, Jolie started filming Maleficent 2 last month, which marks her first movie role since this bogus report came out. Perhaps needless to say, but Aniston isn't involved with the Disney sequel.

Since Jolie and Pitt's breakup, a number of places have spread misinformation about the actor doing a movie with Aniston. In 2017, for example, HollywoodLife claimed to have a so-called "source" who asserted, "Jen would work with Brad on screen." It was alleged she thought an animated flick would be the best place to start, and the site's almost assuredly fictional tipster even said that she believed doing a film with her ex-husband was "more likely than a 'Friends' reunion." But a spokesperson for Aniston deemed the report a "fabrication," telling Gossip Cop, "There are no projects that Jennifer is considering with Brad." Time has proven that was the truth. In fact, this past March we pointed out that a full year had passed since the phony story came out, and Aniston and Pitt have still yet to do a movie together. There's still nothing in the works, either.

Meanwhile, just over a year ago, the National Enquirer announced Aniston wanted to star in a musical and was giving herself a "one-year deadline to score a starring role." A questionable "informant" maintained, "Jen is finally getting serious about making a musical as her next film." Notably, Aniston had never before spoken about wanting to sing on camera, as Gossip Cop noted at the time, and the supposed "one-year deadline" has now come and gone. As opposed to working on a musical, Aniston just started filming a new comedy with Adam Sandler called Murder Mystery. She also has an Apple TV series in the works with Reese Witherspoon about the behind-the-scenes of a morning news show. Neither would be classified as a musical.

In addition, Aniston has two films coming up for release (The Yellow Birds and Dumplin'), as well as a Netflix movie titled First Ladies in the pipeline. None of these are musicals, or feature the cast of "Friends," Voight, Jolie or Pitt. The tabloids regularly prove they know little about Aniston's love life. Now it's readily apparent they're ill-informed when it comes to her career, too.

Anne Hathaway NOT pregnant with second baby, despite report