Halle Berry is frequently the subject of false tabloid reports. Gossip Cop often has to bust outlets for making up stories about the actress. Here are five recent wrong rumors. 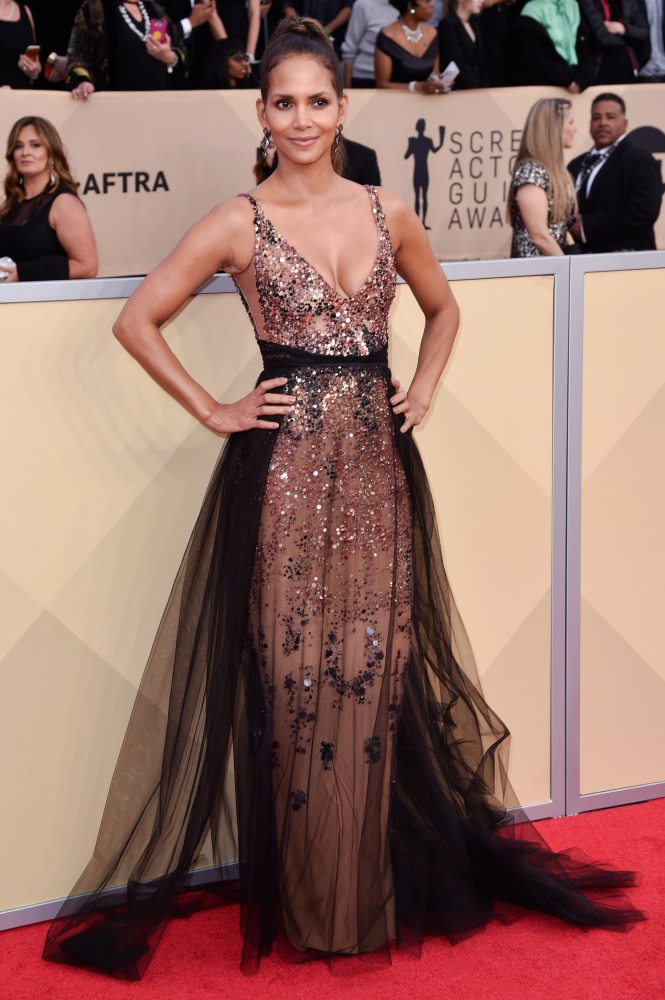 In June, Gossip Cop called out MediaTakeOut for wrongly speculating that Berry had started "dating women" after she was spotted grabbing lunch with a female friend. The blog described the meal as "romantic" and said the actress and her pal made a "great looking couple." The article was baseless. Berry's rep told us on the record that she was simply grabbing lunch with a "longtime friend," who she certainly wasn't dating. Outlets such as the Daily Mail also noted that Berry merely stepped out for lunch with a "friend" in Los Angeles.

Gossip Cop busted Star in May for falsely claiming that Berry was pursuing a romance with Black Panther star Chadwick Boseman. The magazine claimed the actress asked her team to set up a dinner between the two, and the actor was very excited about going out with her. Not only did Berry's spokesperson dismiss the story, but it appears that Boseman is dating singer Taylor Simone Ledward. The actor brought her as his date to the Oscars in March, and has been spotted with her at various other events. Berry, on the other hand, hasn't been spotted with the actor.

Gossip Cop also corrected Life & Style in May after it wrongly reported that Berry was dating John Wick: Chapter 3 co-star Keanu Reeves. The outlet contended that the pair had struck up a "hot new romance" after getting to know each other on set. However, Berry had only spent one day on the set of the John Wick sequel at the time the phony article was published. That's not a lot of time to get to know someone. Regardless, a source close to the situation assured us the co-stars weren't dating. The two haven't been spotted together since filming wrapped.

In April, Heat alleged that the reason Channing Tatum and Jenna Dewan split is because she was jealous of him striking up a friendship with Berry on the set of their 2017 movie Kingsman: The Golden Circle. Dewan's rep shot down the story, telling Gossip Cop on the record, "It's beyond us that people have a hard time believing that women can co-exist on this planet and not be jealous of each other." In reality, Berry and Dewan became friendly after Tatum introduced the two.

And finally, Gossip Cop busted NW in January for falsely claiming that Berry was dating Brad Pitt. The publication claimed that the actor had been "wining and dining" the actress during "top secret meet-ups" at the Hotel Bel-Air. A rep for Pitt, however, told us on the record that the story was false. In fact, E! News recently wrote an article about Pitt's post-divorce dating life, and naturally made no mention of Berry.

Jennifer Lopez Wants To Be A 'Housewife' For Alex Rodriguez?