Jennifer Aniston has been in many high-profile romances over the years, and the tabloids continue to make up stories about the actress and her exes long after the relationship ends. Here are five wrong rumors stemming from the actress's dating history. 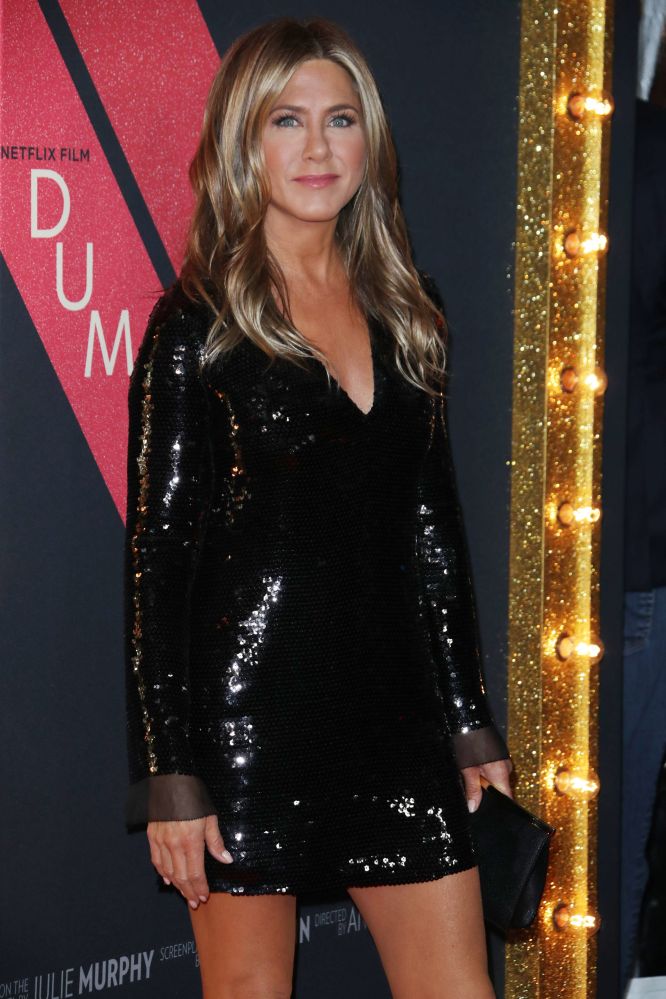 Earlier this month, Gossip Cop busted In Touch for falsely claiming that Aniston was pregnant with Brad Pitt's baby, and would be spending Christmas with her ex-husband and his six kids. The premise was absurd. Reps for both stars have repeatedly assured us they haven't reunited, while Aniston's close friend Portia de Rossi recently confirmed that the ex-spouses "haven't seen each other." People magazine has similarly reported that Pitt and Aniston "haven't seen each other in ages." The actress isn't expecting her ex-husband's child and won't be celebrating the holidays with him either.

In September, Gossip Cop called out In Touch for making up a story about Aniston trying to destroy Justin Theroux's career following their split. The outlet alleged that the actress planned to use her sway in Hollywood to have her estranged husband kicked out of the industry. Not only did the actress's spokesperson dismiss the story as nonsense, but around the same time it was published, People magazine noted that Aniston "doesn't even talk about [Theroux] anymore." The reputable outlet added, "She doesn't keep up with what he does. She is focusing on her own life." Meanwhile, Theroux is set to star alongside Olivia Munn in the drama Violet, which is being directed by Jason Bateman's sister, Justine Bateman. Aniston is very good friends with both Munn and Bateman, so she clearly hasn't forbid her inner circle from working with Theroux.

Gossip Cop corrected NW in May after the publication reported that Aniston was back together with ex-boyfriend John Mayer. The tabloid maintained that the musician reached out to his ex following her breakup with Theroux, and the two had been on a "string of dinner dates" together. Of course, the famous pair were never actually spotted out to dinner together, despite both constantly being targeted by the paparazzi. That's because they never rekindled their romance. As recently as September, People magazine reported that Aniston "isn't concerned about dating" and "is happy to focus on work."

In March, Gossip Cop debunked a RadarOnline report claiming Aniston was leaning on ex-boyfriend Vince Vaughn amid her divorce from Theroux. The blog said the actress was finding solace in her ex, and planned to return the favor by "helping Vince get his passion movie project off the ground." The actor's rep told us on his behalf that the story was made-up. Additionally, when Vaughn opened up about his relationship with Aniston in a 2015 interview, the actor said he enjoyed the time they spent together, but made no indication that they keep in touch.

And finally, Gossip Cop recently busted RadarOnline for publishing an all-encompassing story about Aniston and her exes. The website wrongly reported that the actress was writing a "blockbuster tell-all" in which she'd reveal all the secrets of her past relationships. The article was based on claims from an anonymous "source," but Aniston's rep told us, "Jen has never wanted to write a memoir, and we have continuously made that clear every time gossip magazines have fabricated this story."