Kendall Jenner went from being a reality star to becoming the highest-paid model in the world last year. But with her meteoric rise to fame came a slew of untrue stories about her professional career and personal life. Gossip Cop now looks back at five wrong rumors about Jenner in just 2018 alone. 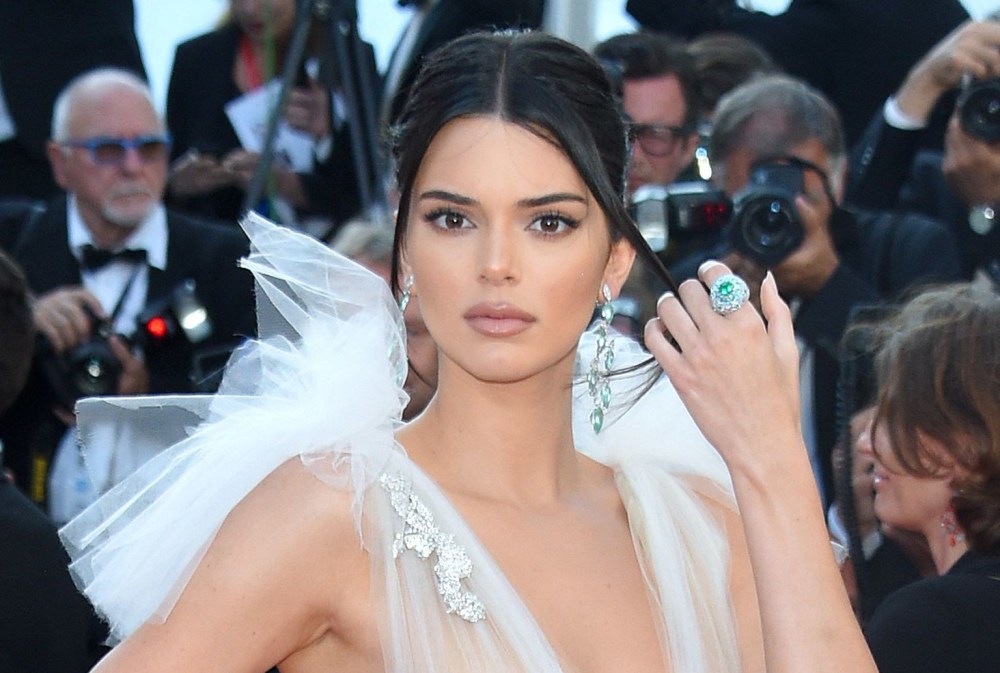 Shortly after the new year, it was reported that Jenner had a "hot new man in her life," namely the rapper Drake. It was claimed by In Touch that the two got "cozy" at a Golden Globes after-party, where a so-called "eyewitness" said he "whispered something in her ear" and that there was "definitely chemistry between them." At the time, no one we spoke to at the after-party hosted by the Hollywood Foreign Press Association could confirm anything remotely resembling the tabloid's account.

Jenner's own rep told us on the record that all talk of them possibly being a new couple was "false." Additionally, a photo from the event showed Jenner and Drake standing a few feet from each other at the Golden Globes party, but that they were clearly talking to different people. Now, several months later, it's still clear Drake is not the "new man" in Jenner's life.

The following month brought an absurd report about Jenner being in love with Scott Disick, the father of her half-sister Kourtney Kardashian's three children. According to the often debunked magazine NW, Jenner has had "feelings for Scott for years… She can't help it," but in her way is his girlfriend Sofia Richie. The article then speculated that Jenner may "finally get her shot" with Disick, because it wrongly asserted his relationship with Richie was "going south." It also alleged that the model may have had a "secret affair" in the past with her sister's former partner.

Actually, the magazine was recycling a previously debunked Star story that falsely blared on a 2015 cover, "19-Year-Old Kendall Sleeping with Scott!" At the time, even Disick and Khloe Kardashian mocked the lie on Twitter. This time around, Jenner's camp assured Gossip Cop the claim was once again "laughable."

In March came a wrong rumor from OK!, this time about Jenner stepping away from the spotlight. The publication swore up and down that the model was "retreating" from the public eye because "the stress has become too much" for her. But far from "retreating," right after the tabloid's story came out, Jenner was out publicly supporting the March For Our Lives rally in L.A. More recently, Jenner was spotted in New York a lot before the Met Gala. When the magazine's article came out, her rep told us the claim was "false," and once again time has proven Gossip Cop's reporting accurate.

The following month brought an absurd rumor that Jenner was pregnant and trying to hide a "baby bump." The unsubstantiated claim was spread by the not entirely reliable site, The Hollywood Gossip, which picked up its story from another blog. The initial outlet alleged an unnamed and untraceable person in PR wanted the model for an event during Paris Fashion Week, but was told "they can't book Kendall because she is pregnant."

Gossip Cop, however, deals with facts and among them was an Instagram photo then of the bump-less model, Jenner noting she was hungover after partying at Kourtney's birthday, and the 22-year-old Jenner telling Vogue in her April cover story, "I want to have kids, but at, like, 28 or 29." Oh, and if that weren't enough, Jenner's rep also assured us on the record, "Kendall is not pregnant."

And earlier in May, there were a flurry of reports, based on the same story from The Sun, that Jenner and Diplo were dating after having been "super-flirty" at Coachella. According to NW, there was "lots of touching" going on between the model and the DJ at the annual music festival in Indio, California. And despite all the different articles that regurgitated the unfounded rumor, there was not one source on the record or photo published anywhere of Jenner and Diplo together at Coachella, which they both attended separately. Jenner's rep, who clearly hasn't been wrong or lied to us, guaranteed us that the tales about Diplo and the model were once again untrue.

While the tabloids often simply print rumors about Jenner and generally offer no proof, while hiding behind an amorphous "source," Gossip Cop fact-checks and then transparently backs up its articles with evidence. We noted months, weeks, and even days ago how each of the above reports about the model were false, and provided enough documentation that even today it's clear who's was right and who was wrong. If you don't care about being duped by fictional articles about Jenner, there's plenty of it in print and online, but if you want truth about her, there's just one Gossip Cop.