In honor of Friday's release of Ocean's 8, Gossip Cop is looking back at five wrong rumors we've busted about the movie and its stars, including Sandra Bullock, Rihanna and Anne Hathaway. The highly-anticipated Ocean's Eleven reboot has been the subject of many false stories since it was announced. Check out some highlights below. 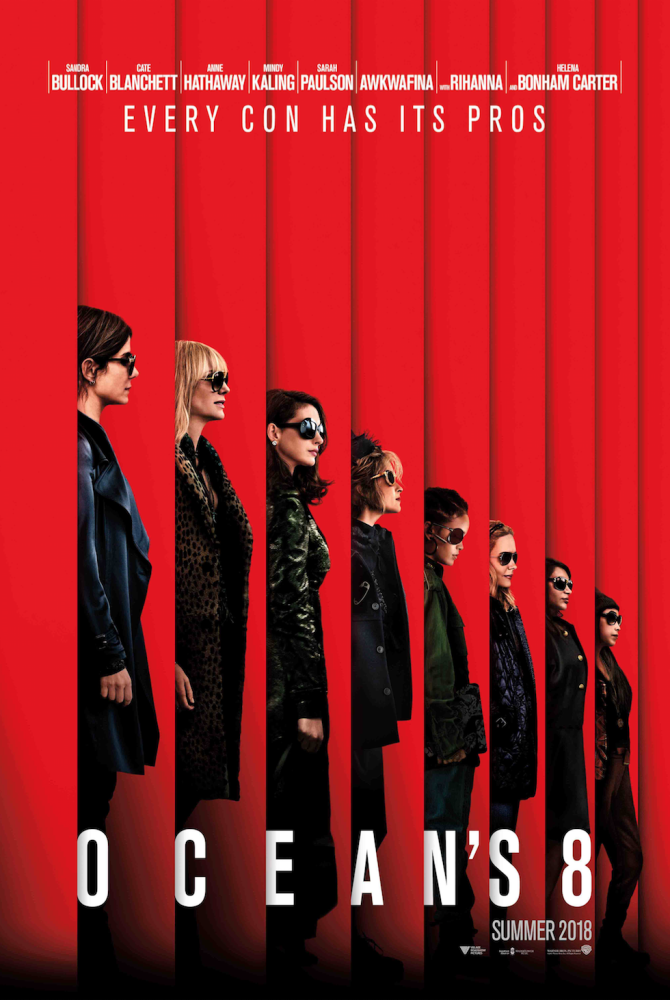 Last month, Star made up a story about Bullock trying to prevent the cast of the movie from feuding with each other. It was alleged that the film's star couldn't agree on a schedule to promote the movie, and each wanted the promo tour to revolve around them. The premise was provably untrue. Last month alone, the Ocean's 8 cast attended a screening of the movie in New York City, as well as a photo call held at The Metropolitan Museum of Art. On Tuesday night, the Ocean's 8 stars hit the red carpet at the movie's NYC premiere. The women have also done dozens of talk show and print interviews as a group, and speak very fondly of each other.

Gossip Cop busted Star in September for falsely claiming Rihanna had been cut out of Ocean's 8 due to her allegedly poor acting skills. When the story first emerged, a Warner Bros. insider assured us the singer wasn't cut from the reboot. As time has shown, Rihanna is very much a big part of Ocean's 8, and heavily featured in the movie's trailer and marketing materials.

Back when the movie was filming in March 2017, OK! made up a ridiculous story about a therapist being on set to prevent the cast from fighting with each other. Gossip Cop debunked the absurd claim when it was first published, and the film's stars have since stated they all got along great on set. Hathaway dismissed rumors of "catfights" during a "Today" show interview last month, saying, "We genuinely love each other and we're so there for each other."

And finally, when the film was still in pre-production in late 2016, Gossip Cop corrected the website Heat Street after it wrongly reported George Clooney would be co-starring in the reboot. The outlet claimed the actor wasn't just making a brief appearance in the movie, but had "a proper supporting role." However, Gossip Cop can confirm that Clooney doesn't even make a cameo in the movie, let alone co-star in it. In fact, The Wrap recently compiled a full list of all the Ocean's 8 cameos, and the actor isn't among them. Ocean's 8 is now playing in theaters.