Taylor Swift has had a number of high-profile relationships, and in several of them, the tabloids have been quick to marry her off. During the singer's romances with Conor Kennedy, Calvin Harris and, most recently, Joe Alwyn, the gossip media has peddled a number of wrong wedding rumors. Check out just five examples below. 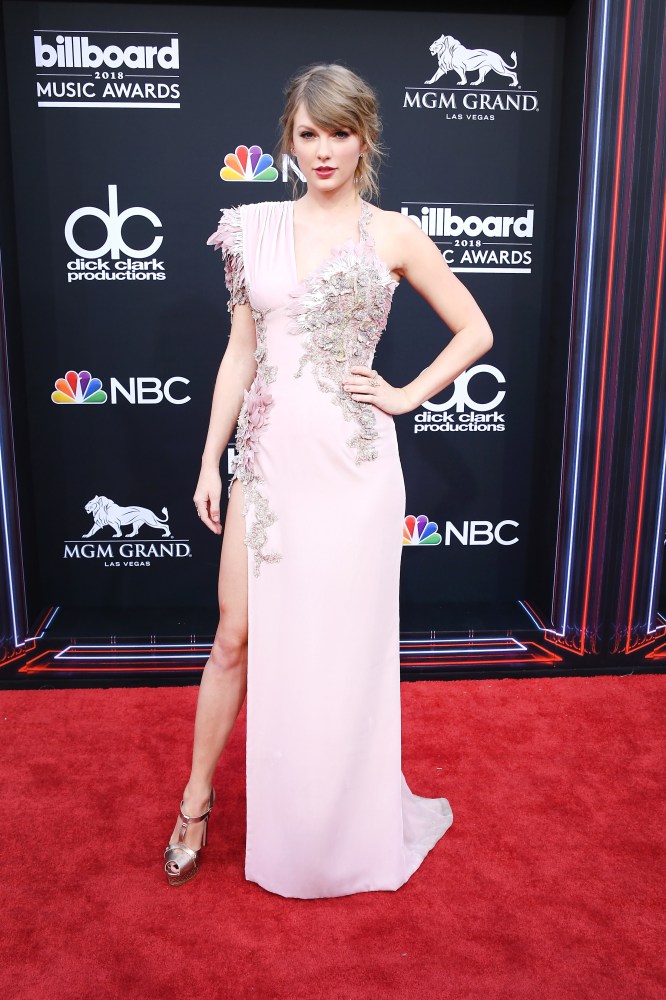 In 2012, the National Enquirer claimed Swift was "hatching a secret plan to elope to Las Vegas" with Kennedy. And that's wasn't all. The supermarket tabloid further alleged, "As soon as she gets hitched, she intends to get pregnant." An untraceable "insider" maintained she was "talking about tying the knot in Las Vegas before the end of the year." Gossip Cop, however, learned upon investigating that there had been no talk of marriage or babies with her then-boyfriend. And sure enough, the "end of the year" came and went without a wedding. In fact, Swift and Kennedy split in October, just weeks after this tall tale was printed.

In 2015, a similarly false narrative was applied to Swift and Harris. This time, it was the Enquirer's sister outlet, OK!, spreading the untrue claims. On top of supposed baby plans, the publication asserted Swift was organizing a $2 million wedding to take place at the Cosworth Park Hotel in England, in front of 450 guests. This cover story, Gossip Cop was assured, was complete "B.S." Our reporting was proven correct just days later when Swift herself denied the marriage rumor with a tweet that mocked the bogus claim.

But just weeks later, In Touch ran a story contending that not only was Swift marrying Harris, but they were going to have two weddings. An unnamed "source" asserted one affair would be a "huge, over-the-top blowout party" in the U.K., while the other would be held in "either Nashville or LA," and "be a little more subdued." Among the alleged details was that the singer had enlisted Vera Wang as her bridal gown designer, but was requesting a separate one for each ceremony. "You can't expect a girl like Taylor to wear the same dress twice," declared the purported tipster. Again, though, Gossip Cop was told there was "no truth" to these wedding allegations.

By the middle of 2016, Life & Style had a serious flub on its hands. Just hours after the tabloid published an article about the superstar eyeing a summer wedding, it was confirmed by Gossip Cop and others that Swift and Harris had actually split up. The erroneous story was sparked by the EDM star's car accident weeks prior, with the publication citing an unnamed "source," who claimed the scary incident "made them see that life is too short to wait around." Insisted this clearly ill-informed tipster, "They both want to get married as soon as possible." But far from marrying, the former couple ended up engaging in a headline-grabbing feud.

And it seems that Life & Style would now prefer to forget all about that big mistake. Just last month, the tabloid offered a new wedding storyline, this one involving Swift's current beau, Alwyn. In this version, yet another anonymous "source" was quoted as saying, "They are planning to tie the knot this summer and their parents have given their approval." It was even specifically alleged the couple was "talking about tying the knot when she's home in Nashville at the end of August." But as Gossip Cop pointed out, E! Online had already reported earlier this year that Swift and Alwyn were not ready to get married, and now we were told nothing had changed.

This fall will mark Swift and Alwyn's two-year anniversary, and they could ultimately end up exchanging vows at some point in the future. But time has shown that the songstress has never truly had real plans to be a bride to date, despite what the gossip media has tried to get readers to believe. Gossip Cop will keep calling out the wrong wedding rumors as necessary.

Caitlyn Jenner is a bridezilla?