A tabloid report claiming Alex Rodriguez refuses to appear in a music video with Jennifer Lopez is completely made-up. Gossip Cop can exclusively debunk the claim. A rep for the singer dismisses it as nonsense. 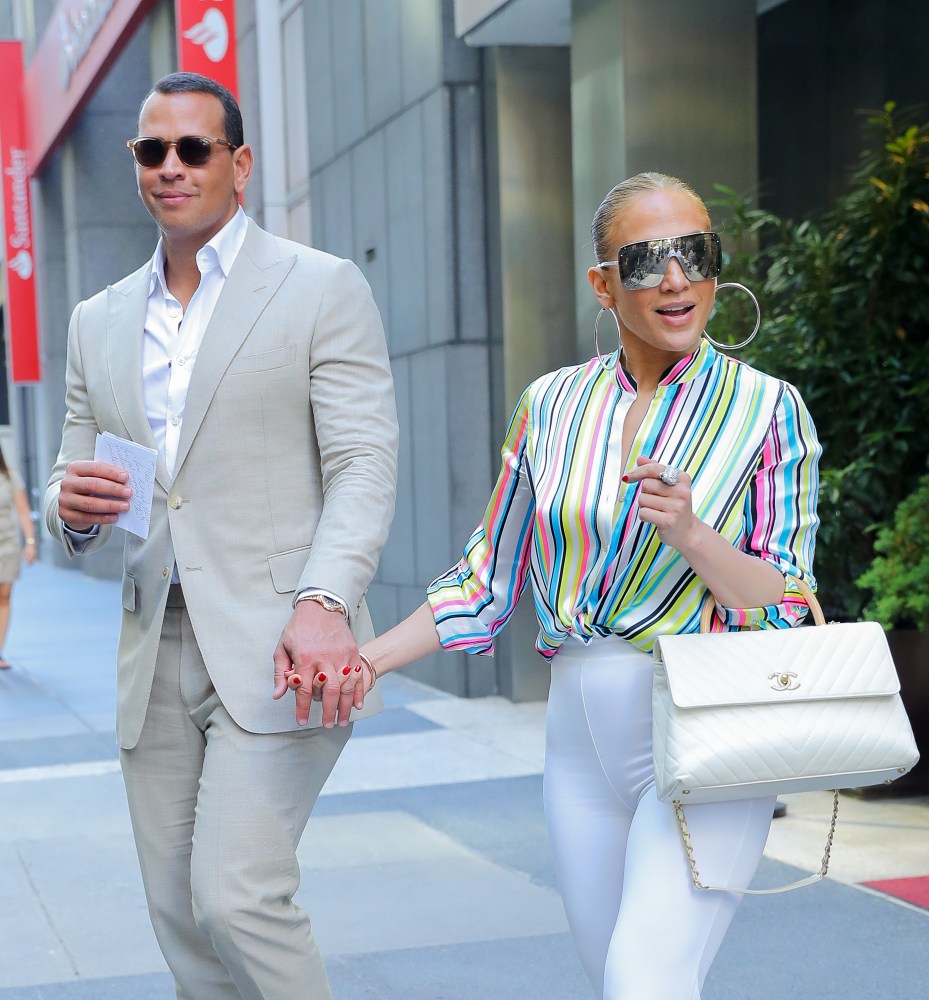 Ben Affleck famously appeared in the video for Lopez's song "Jenny from the Block" back when the two were dating in 2002, and now according to the National Enquirer, the singer wants her current boyfriend to follow suit. An alleged insider tells the magazine, "Jennifer is a marketing genius. She knows doing a music video with A-Rod would get a lot of attention, but Alex doesn't want to go down that road. Plus, Alex is adorable, but he can't dance!" It should be mentioned, one of the tell-tale signs of a quote being fake is when a "source" calls a person two different names in one sentence. An actual human being would refer to the former MLB star as either A-Rod or Alex, not both at once.

The outlet's article is based on claims from an anonymous and seemingly nonexistent "insider," but Lopez's spokesperson tells Gossip Cop on the record that it's bogus. Oddly enough, this isn't the first time we've had to call out the Enquirer for making up a story involving the singer's music videos. Last month, Gossip Cop busted the outlet for falsely claiming that Lopez refused to get in a pool during a video shoot. That supposed incident never occurred.

The tabloid also previously came up with a phony story about the singer being pressured to get into her boyfriend's line of work. Gossip Cop called out the magazine last month for wrongly reporting that ESPN wanted Lopez to appear on "Sunday Night Baseball" alongside Rodriguez. And last year, we debunked a story about Lopez inspiring Rodriguez to record an album. Of course, the singer isn't co-hosting "Sunday Night Baseball" and the former athlete never dropped any music. It's clear the publication has zero insight into the couple's career plans.

Here's what's likely happening. Lopez and Rodriguez are both major stars who've had massive success in their respective fields, so the Enquirer is coming up with ways to intertwine her music career and his sports career. The two support each other's professional endeavors, but they've yet to collaborate on any type of project. Regardless, Lopez's rep confirms that Rodriguez hasn't rejected the singer's (nonexistent) plea for him to appear in one of her music videos.