Are Angelina Jolie and Sean Penn dating? One of this week's tabloids claims the actress is hooking up with the actor to get revenge on Brad Pitt for supposedly moving on with Charlize Theron. The story is completely untrue. Gossip Cop can debunk it. 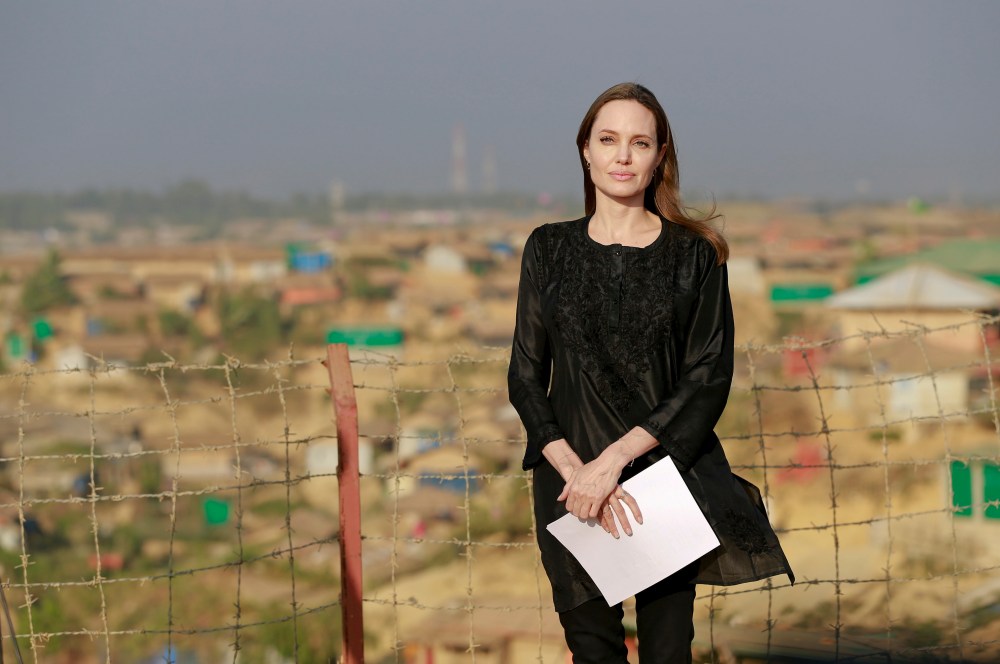 According to Star, Jolie is furious about her estranged husband's supposed romance with Theron, so she's getting payback by dating Pitt's pal and Theron's ex-boyfriend, Penn. The magazine alleges that Jolie and Penn got in touch to vent about their respective exes "publicly humiliating them," and the conversation soon turned flirty.

"It was like all the drama was a turn-on for them," a so-called "source" tells the outlet. "Angie and Sean both have huge egos and don't take kindly to being one-upped. Things got kind of hot, and next thing you know, they're hanging out together – not making any secret of their relationship."

The suspicious insider further contends there's always been an "intense chemistry" between Jolie and Penn, even during the time she was with Pitt. "It wouldn't surprise anyone if she and Sean showed up in public with her kids in tow," adds the seemingly phony tipster. "It would kill [Pitt] to see Sean playing daddy to his children. And Angelina knows it!"

Here's the first problem with the tabloid's bogus story: Pitt and Theron aren't dating. Despite the romance rumors that have been circulating for the past month, the actor's spokesperson has said on the record that he's not in a relationship with the actress and never has been. Jolie isn't exacting revenge on her estranged husband over an imaginary romance.

The magazine's story is predicated on a false premise, but Gossip Cop still reached out to a Jolie confidante, who assures us she's not dating Penn. We're told the actress is only "focused on her children and work" at this time. Earlier this month, NW made up a similar story about Jolie dating Penn to get revenge on Pitt and Theron. The premise wasn't true then and it's no more accurate now.

As for Star, the publication wrongly reported back in December that Jolie was secretly dating Jared Leto. In 2017, the outlet falsely claimed Jolie was in a "revenge romance" with Johnny Depp. As time has proven, the actress was never in a relationship with either actor. The unreliable tabloid has a habit of wrongly linking the actress to various male stars. Penn is the latest target, but there's simply no relationship between the pair.