A tabloid claims Angelina Jolie wants Keanu Reeves to join her upcoming Marvel movie, The Eternals, so she can date him once they start working together. The story is completely made-up. Gossip Cop can debunk it. 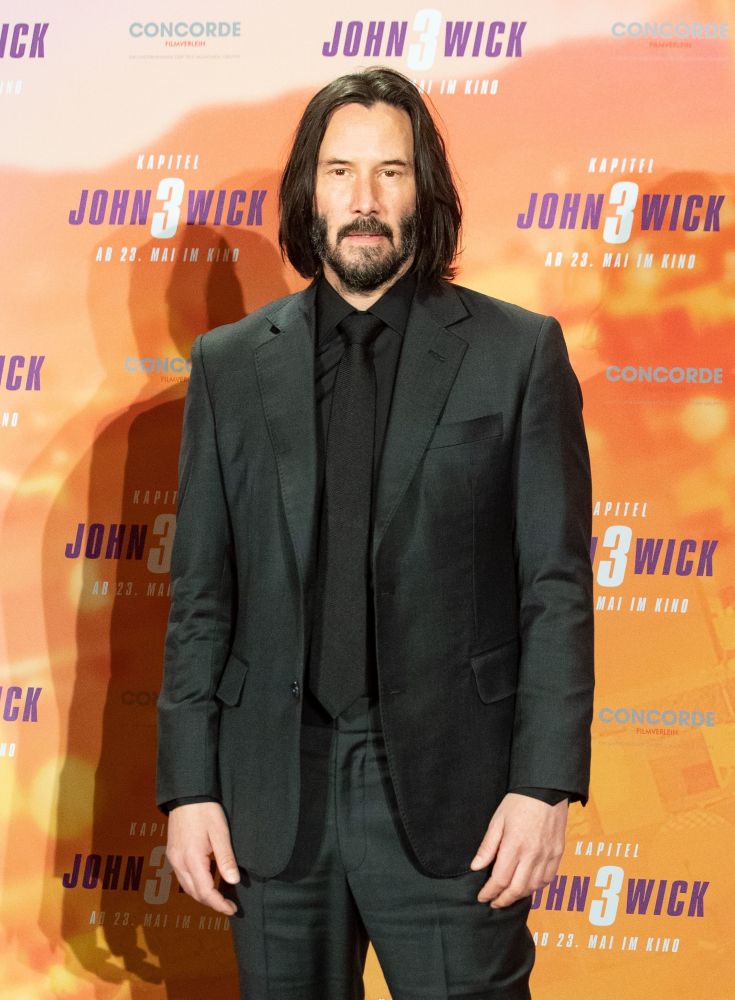 Back in March, Jolie signed on to star in the comic book movie, which centers on a race of immortal beings with superpowers. Rumors started circulating earlier this month that Reeves is in talks for role in the film, but those reports remain unconfirmed by the studio. Gossip Cop hasn't been able to get confirmation either way, and none of the major Hollywood trade publications have said anything about the John Wick star being attached to the project, so his involvement remains a rumor at this time.

According to Woman's Day, however, Jolie is campaigning hard for Reeves to join her in the movie, but with the ulterior motive of sparking a romance with him on set. The outlet contends that the actress is "more than happy to mix business with pleasure." An alleged insider is then quoted as saying, "She's pushing to have him join the cast and playing an integral part in bringing him onboard. She thinks they'd be perfect together."

It remains unclear if Reeves is in talks for The Eternals, but Gossip Cop can confirm that Jolie isn't planning to pursue the actor should they wind up working together. We reached out to an individual in the actress's camp, who laughed off the premise. We're told Jolie remains focused on work and her six kids. The actress isn't interested in dating at this time, and she's certainly not trying to find a suitor by casting him in one of her films.

Unfortunately, this wouldn't be the first time a tabloid has attempted to link the two stars. Just last week, Gossip Cop busted Star for falsely claiming Jolie had asked Reeves out on a date. The magazine maintained that the actress was arranging an intimate dinner at her home for the two of them. The actor's spokesperson, however, told us on the record that the story was "completely false."

Last October, Gossip Cop called out NW for wrongly reporting that Jolie and Reeves had been "quitely dating" since July 2017 following a "top-secret trip to a secluded Greek island." The two never went on a getaway together and clearly haven't been in a secret relationship for nearly two years.

It's also worth noting, Woman's Day alleged a few weeks ago that Reeves was in a secret love affair with Sandra Bullock. This latest article makes no mention of that phony scenario. That's because it was pure fiction, as is this latest storyline involving Jolie.