A tabloid report claiming Ariana Grande and Pete Davidson are slowing down their romance is completely untrue. Gossip Cop can debunk the baseless claim. There's plenty of evidence proving the two are going strong. 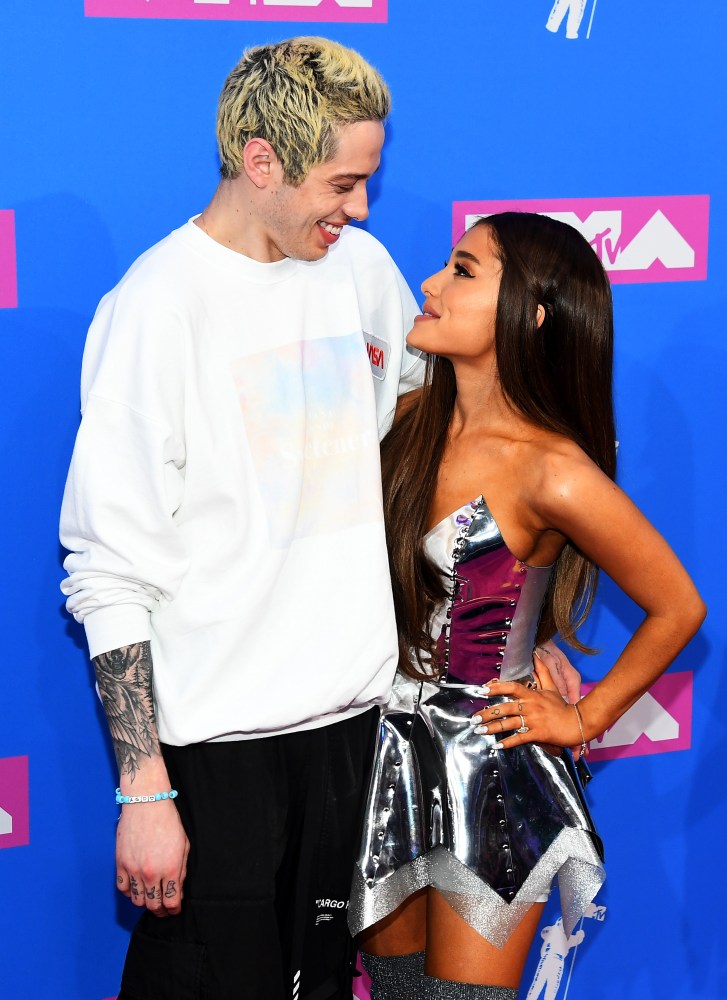 "Ariana & Pete Pump The Brakes!" reads a headline in the latest issue of the National Enquirer. According to the tabloid, the whirlwind romance between the singer and "Saturday Night Live" star is coming to screeching halt. An alleged insider tells the magazine, "They're finding they have nothing in common. She has a crazy busy schedule, and at first it was exciting for Pete to date one of the world's hottest singers. But now it's not so much fun being Mr. Ariana Grande." The supposed source adds, "Most friends doubt they'll ever make it to the wedding."

The magazine's premise is provably false and poorly timed. Grande gushed about Davidson during an interview on "Good Morning America" on Wednesday, saying she considers the "SNL" star to be her soulmate. "He just ticks every box, and it gets better every day," Grande said. "I'm very grateful for him. Life is beautiful."

The singer further revealed that she's been "brainstorming and sharing ideas" for their wedding, which will likely take place next year. "It's really fun. I work so much I've never spent so much time planning something that's personal, that feeds my soul so much and my heart," Grande said. "I'm gonna cry. I'm just so excited."

Additionally, Grande and Davidson packed on the PDA while making their red carpet debut at the 2018 MTV VMAs on Monday night. The comedian even wore a beaded bracelet that said "AGD," which is believed to stand for Ariana Grande Davidson. It would appear he has every intention of marrying the singer. The initialed beads also contradicts the magazine's claim that Davidson feels like "Mr. Ariana Grande."

Meanwhile, following the awards ceremony, Davidson introduced Grande on stage at an after-party, where she performed songs from her new album Sweetener. The comedian called his fiancée "the best person I know" while introducing her, then gave her a kiss when she got to the microphone.

Conclusion: Grande and Davidson have been flaunting their love since they began dating a few months ago, but they've been particularly public with their affection over the past several days. After making their red-carpet debut at the VMAs and sharing the stage at an after-party, Grande revealed in a "GMA" interview that she's in the process of planning their nuptials. At this point in time, nothing has slowed down.

Sofia Richie Does NOT Think Kourtney Kardashian Is "Trying to Steal Back" Scott Disick, Despite Report