Ariana Grande and Pete Davidson have "babies on the brain," according to a new tabloid report, but the singer herself is shooting down speculation that she's pregnant or ready to start a family. The claim started in the pages of Life & Style. Not long afterward, fans began to bombard her with baby questions, but Grande herself fact-checked the story, saying she and the "Saturday Night Live" star have no immediate plans for children. 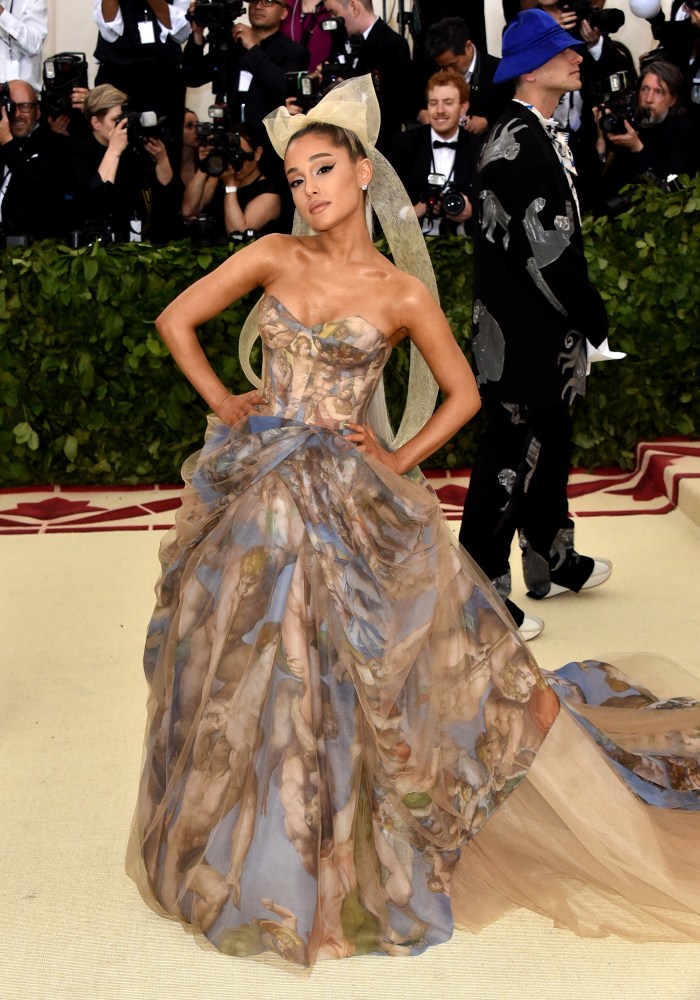 According to the tabloid, "Grande may soon be singing lullabies" because she and Davidson, who got engaged last month, have already begun discussing "starting a family." An unnamed and untraceable "insider" is quoted as saying, "You'd think they have enough on their plates planning a wedding, but they can't help it. They both really want to have a baby." The supposed "source" adds, "Pete and Ariana have said they're going to have the cutest babies ever."

Before we continue, irrespective of whether or not the tabloid's story bears any semblance to the truth, no couple has ever bragged about "going to have the ugliest babies ever." Basically, unsourced remarks like that are meaningless. While added to seemingly offer a glimpse into the couple's alleged private conversations, they actually offer no real information nor do they make the claim any more credible.

The magazine's unidentified "insider" concludes with yet another pointless remark about "nobody would be surprised if they started trying before their wedding day." Again, the unverifiable comment is thrown in to bolster the tabloid's premise about Davidson and Grande already talking about having babies, but it's not real proof they they're going to have kids in the near future. If they don't have children in the next year or so, the phony tipster's quote could then be written off as they ultimately decided to wait until after getting married to have kids.

Gossip Cop likes to point out how these quotes from untraceable sources really don't prove anything or amount to any evidence, because we want our readers to also analyze and question their sources of information. And while the magazine relies entirely one anonymous person making vague blanket statements, let's examine what Grande herself has said. After a fan tweeted on Saturday, "Ariana is pregnant," Grande tweeted a picture of her rolling her eyes, along with a caption that reads, "mood for the next few years til i'm actually ready #fertilequeen."

And that wasn't the only time she addressed or fact-checked the claim. When there was more speculation that same day about the singer possibly already being pregnant or wanting to have kids soon, Grande tweeted in response, "oh absolutely but… innnnnnnaaaaawhile." Call us crazy, but Gossip Cop will take Grande's own words over comments made by an untraceable and possibly made-up "insider."

This is hardly the first time Life & Style has been wrong about the singer. In October 2016, Gossip Cop busted the outlet when it inaccurately reported Grande was already talking marriage with then-boyfriend Mac Miller. Interestingly, in that article, an anonymous source said, "Ariana wants to wait a few years before she gets pregnant." Whoops.