Exactly one year ago, Gossip Cop busted a tabloid for falsely claiming Ben Affleck wanted to make a movie with Kristen Wiig so he could reinvent himself as a comedian. We debunked the story when it first emerged. Time has proven it false. 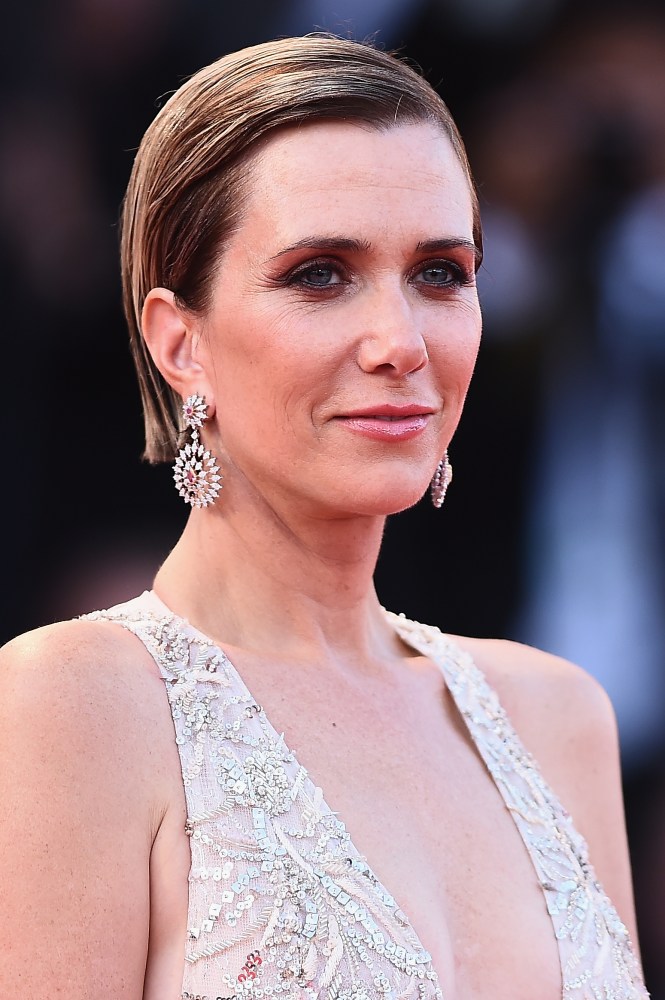 On February 26, 2018, OK! published a headline about Affleck "chasing after" Wiig while dating "Saturday Night Live" producer Lindsay Shookus. The report was misleading from the start. Despite the implication that the actor was pursuing the former "SNL" star, the body of the article said he just wanted to work with her.

According to a supposed source, Affleck was worried about his reputation and believed he could win over the public by showing a lighter side of himself, so he asked Wiig to "write something together that they can co-star in." The alleged insider further contended that the comedic actress wasn't interested in collaborating with the movie star because she didn't want to upset Shookus, who's her friend and former colleague.

When the magazine published this report last year, a rep qualified to speak on Wiig's behalf assured us it was "not true at all." The actress's spokesperson told us that Affleck simply never reached out to her about teaming up on a comedy together. A full 365 days have passed since the article was written, and it's become clear the actor never planned to kickstart a comedy career at all.

Just a few weeks after the article was published, Affleck starting shooting the action-thriller Triple Frontier, which premieres on Netflix next month. Last June, Affleck signed on to star in the addiction drama Torrance. The following month, the actor joined the cast of the Netflix crime drama The Last Thing He Wanted.

A few months later, Affleck signed on to direct Matt Damon in a true-crime movie about an ex-cop who rigged the McDonald's Monopoly game. None of these films are comedies. In fact, the actor doesn't have a single comedic project in the works at this time. It's also worth noting, just days after the tabloid's report came out, Wiig signed on play the villain in the upcoming Wonder Woman sequel. That's not a comedy either.

Unfortunately, OK! didn't stop making up stories about the actor's career after we debunked the bogus report involving him and Wiig. Last July, Gossip Cop called out the publication for wrongly reporting that Affleck was starring in a PG-rated movie for his kids. That never happened either. If you want accurate information about the actor's upcoming projects, you won't find it in the unreliable tabloid.