Brad Pitt and Charlize Theron are not having a baby together, despite a ridiculous tabloid report. The two movie stars aren't dating, let alone expecting a child. Gossip Cop can debunk the bogus story. 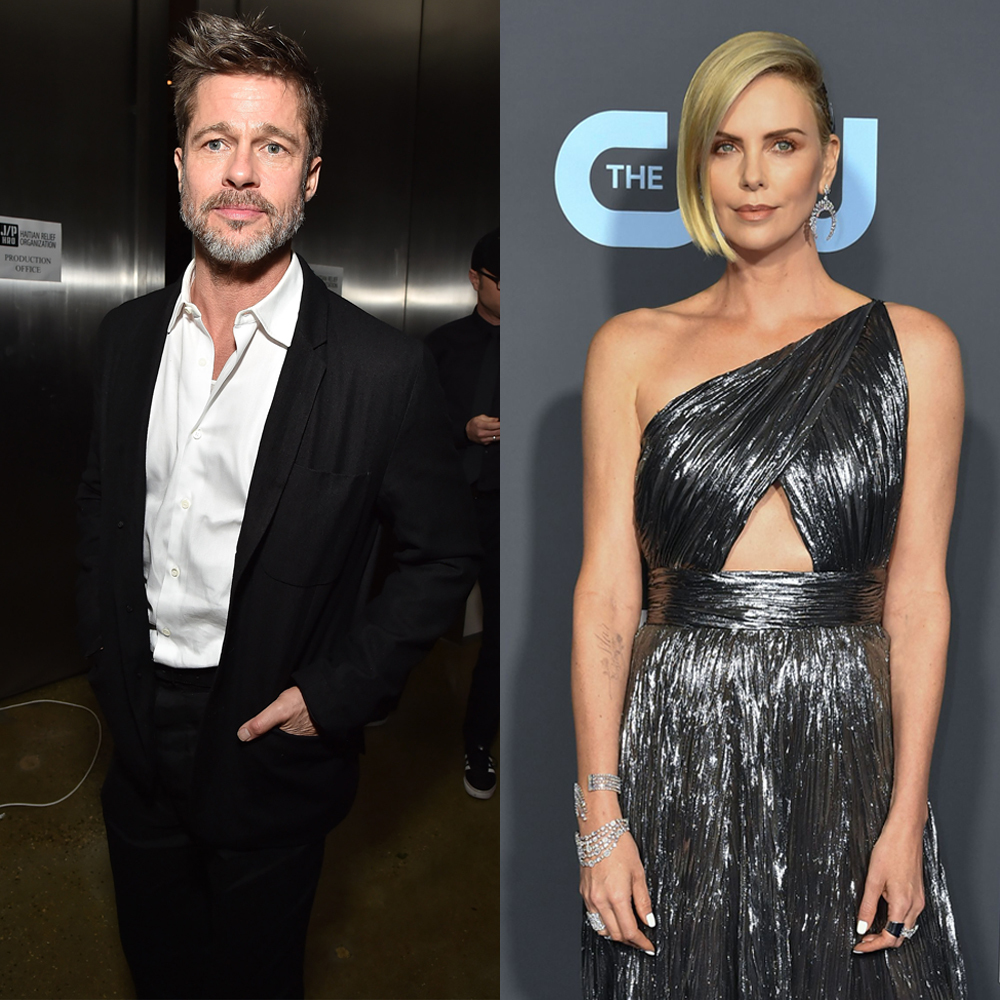 According to the Globe, Pitt is starting a family with his new "girlfriend," despite his divorce from Angelina Jolie not being finalized. "As shocking as it sounds, Charlize and Brad couldn't be happier they're having a baby," a supposed source tells the magazine. "It's something they've definitely discussed, and as off the wall as it seems, in their view it's good timing."

The alleged insider further contends that Theron, who has two adopted kids, has always been eager to have a child of her own, and "for Brad, the baby means a fresh start and something wonderful to look forward to" after his tumultuous divorce. "He and Charlize have told a few of their friends and she's even starting to show," adds the questionable tipster, who goes on to say that Jolie "knows about Charlize's pregnancy" and is absolutely "livid" about it.

From there, the seemingly nonexistent source maintains that Jennifer Aniston is "also shaken" by her ex-husband supposedly having a child with Theron. "Jen was upset with Brad when he started seeing Charlize after he tried to get back with her," adds the suspicious insider. "Not everyone is rejoicing over this pregnancy – and you can bet Jen is among that group."

The tabloid's report is simply absurd. Despite what the magazine's anonymous and untraceable tipster claims, a rep qualified to speak on Pitt's behalf assures Gossip Cop he's not in a relationship with Theron and never has been. The bogus dating rumors emerged last month when several unreliable outlets claimed the stars started a romance after collaborating on an ad for Breitling watches last year. Pitt's spokesperson, however, has told us on the record he "hasn't seen her in months" and they never dated.

Unfortunately, the Globe insists on pushing this false narrative. Earlier this month, we called out the magazine for claiming Jolie believes Theron is dating Pitt to get "revenge" on her. The tabloid's sister publication, Life & Style, also made up a story about Aniston fighting with Theron over Pitt. And shortly before that, the same outlet insisted that Pitt was "torn" between Theron and Aniston. Despite this ongoing narrative being baseless, it's now escalating into an imaginary pregnancy. The entire scenario has more in common with a soap opera than anything resembling journalism.

Wrong Rumors About 'This Is Us' Star Mandy Moore